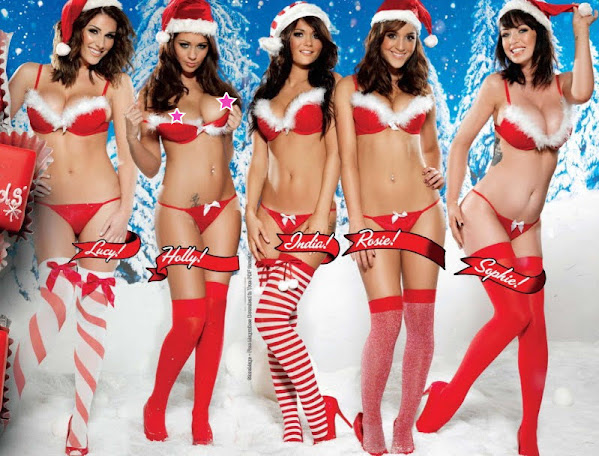 Right now we realize that some of our locals might be spending the day alone or looking at their phone in order to avoid saying something rude.

Accordingly, we share fond memories of X-mas past with hottie Brit babes along with pop culture, community news and top headlines . . . Check-it . . .

Study: Charity donations up 44% in Kansas during pandemic, 19% in Missouri

by: Brianna Lanham Posted: / Updated: KANSAS CITY, Mo. ( WDAF) - With all of the labor shortages and economic strife accompanied by the pandemic, one might forgive people for closing their wallets and looking out for themselves.

KANSAS CITY, KS (KCTV) -- A Bonner Springs man critically injured in a crash Tuesday involving four vehicles and a military Humvee on I-70 is now fighting for his life at KU Hospital, battling injuries to his heart, spleen, lungs and ribs.

Women across the Midwest and South are coming to Kansas for abortions. That could end next year

Over the past two years, Kansas has become an unlikely sanctuary for people across the Midwest and South who need abortions. But whether it remains a refuge will largely depend on decisions the U.S. Supreme Court and Kansas voters make next summer.

Missouri board moves to discipline Galloway for Hawley audit

JEFFERSON CITY, Mo. - An accounting oversight board filed a complaint against Missouri's Democratic Auditor Nicole Galloway this month over critical audits of Sen. Josh Hawley's use of public money while he was state attorney general. The Missouri Board of Accountancy has been threatening to discipline Galloway, a Democrat, for months over the audit of Hawley, a Republican.


Fired Up About Payout


TKC BLOG COMMUNITY LOVES LUCY AFTER ALL THESE YEARS!!!

Lucy Pinder, who is today celebrating her 38th birthday (December 20), has built her career as a model after she was spotted by a photographer in 2003. She is best known for being a glamour model, TV personality and actress with roles in Me, Myself & Di, Sharknado 5 and Age of Kill.

President Biden got a visit from a Christmas troll Friday when a father participating in the annual White House NORAD Santa-tracking call used the phrase "Let's Go Brandon," the slangy stand-in for "F- Joe Biden."

Trump kept having to retape his video telling fans to leave the Capitol riot, which may explain his 187-minute silence during the attack, Jan. 6 committee chair says

Trump was silent for more than three hours after his supporters stormed the Capitol on Jan. 6. The Jan. 6 committee is trying to understand why Trump took so long to speak to his supporters. Rep. Bennie Thompson said Trump had to retape his video telling them to leave as he wouldn't say the "right thing."

The 2022 midterm elections are less than a year away, but questions are already being raised about what the Democratic ticket will look like in 2024. On top of that, Biden is facing a stalled agenda on Capitol Hill, declining approval ratings and a continuing pandemic.

It's been an eventful year to say the least. But when historians look back on images of all that's happened, it'll be easy to place 2021 in the Covid era if only for the ubiquity of one particular item of apparel.

NEW YORK, Dec 24 (Reuters) - Global airline carriers canceled more than 3,000 flights over the Christmas weekend, the FlightAware website said, as a spike in COVID-19 cases due to the Omicron variant piled on misery for travelers.

'Omicron' could cause 140 MILLION new infections from January to March

Researchers at the Institute for Health Metrics and Evaluation said Omicron could cause about 140 million new COVID infections from January to March Infections were expected to peak at 2.8 million new daily cases on January 28 Omicron would eventually infect about 60 percent of all Americans But the majority

A new Omicron COVID symptom could first alert you to infection as you sit down for Christmas dinner. The super infectious strain is spreading at a rapid rate and hundreds of thousands more people will test positive over the holiday.


No Rest For Pr0n On XXX-Mas

Christmas is almost here - and it's safe to say we're all pumped for it. The past couple of years have been difficult to say the least, but the festive period will bring us all together. Of course there are restrictions in parts of the world although the majority of us plan to have a better Christmas than last year.

The Kansas City Chiefs are in first place coming into Week 16 as they host the Pittsburgh Steelers Sunday afternoon. Before the real thing gets started, we simulated the matchup in the EA Universe. There was an odd feel and sense to the Chiefs offense during this one, with Travis Kecle and Tyreek Hill out on the Reserve/COVID-19 list.

KANSAS CITY, Mo. - Strokes can be deadly. Amanda Berry, 33, survived a stroke this fall but spent weeks working to regain the use of her left arm. She said it all started with a pounding headache.

KANSAS CITY, MO (KCTV) - When Tami Knight came to Club Pilates in Liberty, she brought stories of adventure and a spirit of kindness. "When you saw her on the list for the class, it was something to look forward to," said Patrick Copley, the Pilates studio's owner.

KANSAS CITY, KS (KCTV) -- A first of its kind surgery at the University of Kansas Health system is giving a local man a second shot at life. The history making procedure could provide hope for some cancer patients in the metro. Curt and Alicia Melin just recently moved to Lone Jack, MO from Overland Park, KS.

A merry, and warm, Christmas is here

CHRISTMAS MORNING AND KAT.IE WE TAKE A LOOK OUTSIDE AND IT IS AN UNSEASONABLY WARM PATTERN. WE FIND OURSELVES IN WE ARE IT WON'T BE AS WARM TODAY AS IT WAS YESTERDAY. WE HAD RECORD WARM TPEEMRATURES YESTERDAY, BUT IT WILL STILL BE ABOV E.AND FOR CHRISTMAS TO BE IN THE 50S AND CHILDREN CAN GET OUTSIDE.

White Christmas Sung by The Drifters. Cartoon by Joshua Held is the song of the day and this is the OPEN THREAD for right now.