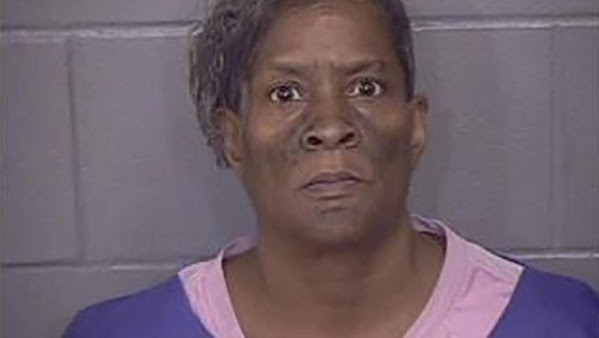 The mug shot is scary but the circumstances are all to common.

Staff at Children’s Mercy Hospital diagnosed the the child had been the victim of physical abuse.

Video surveillance also showed Tate pushing on the child’s head, slamming him down, slapping him and dropping the young boy. She told police she “let her frustrations get the better of her” and has been dealing with a lot of personal and financial struggle lately.

She told detectives she was responsible for baby’s age six weeks old to one years old, and that started about three weeks before the “incident” crying constantly, constantly, and constantly. She said she would give herself pep talks before going into work in order to “go in there every day and handle the constant crying so she wouldn’t be aggressive and do anything crazy because she knew there were cameras in there”.