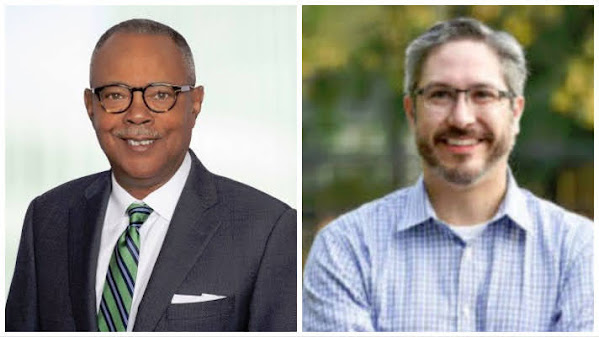 The fight for control of the courthouse has just started and a recent development threatens to shift the balance of power and spark a political fight that will result in hurt feelings for decades to come . . .

If you don't know these two, then you really don't know Kansas City politics.

Geoff Gerling has served as Executive Director of the Jackson County Democratic Committee since 2016 and has served as the voice of reason amid often tumultuous courthouse politics.

Mark Bryant is known throughout Kansas City and has a formidable political record.

The Nicest Bulldog in Town

This election fight could spark Kansas City Democratic Party loyalists to make some 'uncomfortable' decisions that will alienate supporters no matter how they chose.

Allegiances will be tested.

Promises will be broken.

And our progressive friends will try desperately to downplay longstanding racial tensions in an otherwise diverse section of Kansas City.

For those of us who like to watch political train wrecks . . . It's gonna be fun.