Despite a recent political distraction and constant fighting amongst political factions; crime statistics offer a bit of clarity and context for a worsening threat confronting Kansas City residents.

KANSAS CITY IS NOW HALFWAY TOWARD ENDURING THE DEADLIEST MONTH IN RECORDED HISTORY!!!


Crime expert and local professor Dr. Ernest Evans was kind enough to share this tragic fact of life with our blog community.

"We have had ten homicides in KCMO in the first eight days of December 2021.  To give your faithful readers some perspective on how alarming that stat is, you might want to let them know that in KCMO the record number of homicides for one month is 20 in August 2008."

At the half way point we're hoping that political leaders, clergy and community can do something, anything to relieve the pressure on locals during the holiday season and speak to the desperate need for patience, conflict resolution and understanding of the value of human life.

This blog has lot of fun and laughs at the expense of our betters but raising the alarm about the deadly crime wave hitting Kansas City is a priority for us.

Because journalists bloggers shouldn't be activists we'll stick our thumb in this post in order to provide a #TBT reference point and share a cultural touchstone . . .

This might be the greatest science fiction movie that was ever produced . . .

The Day The Earth Stood Still 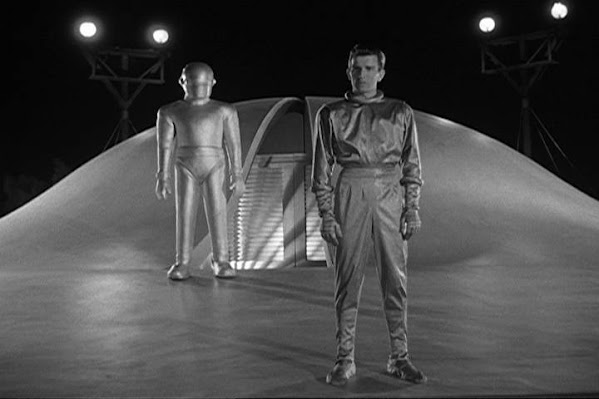 There was a reboot in 2008 that was mostly environmentalist garbage but one line stood out and offered a truism . . .

"It's only on the brink that people find the will to change. Only at the precipice do we evolve."

There isn't anything as grand as the fate of the world at stake.

The very existence of more than 10 people is at risk in a very real sense and for those unlucky humans that could be on their way to becoming statistics . . . Whether they know it or not, this moment in time presents an existential question.

Curbing killing during the Christmas season shouldn't be such a fanciful notion that it falls upon a dumb-ass blog to express even the slightest, naive bit of hope.

Our "leaders" are too busy fighting over power and money to notice the real world implications of the slaughter on local streets.

When THEY take up any cause it's only to gain political capital or expose racial, gender or economic divisions for their own benefit.

We don't hold out much hope for changing hearts and minds on this blog.

And so, we only work to serve as a document for this tragic season of murder for as long as possible as we merely note a horrific milestone approaching and a municipal ruling class far too mired in their own machinations to even try and solve this crisis.