THE ORACLE IS TAKEOVER IS A JOB KILLING BLOODBATH IN THE MAKING FOR KANSAS CITY'S BIGGEST PRIVATE EMPLOYER!!!

We asked TOP ECHELON KANSAS CITY INSIDERS about this one and the picture they paint isn't pretty.

Despite so many assurances and happy talk . . . This is a reality check that locals need to understand:

Oracle is nearly FIVE TIMES the size of Cerner.

There are so many redundancies that will quickly be eliminated and middle-managers are going to get axed by the thousands in this buyout.

Don't get it twisted . . . Oracle is a brilliant company with stellar track record and they are RUTHLESS. They have mercilessly littered corporate America with the carcasses of lesser tech companies and callously shipped jobs to India by the MILLIONS. We'll be surprised if Oracle even bothers to listen to the homespun charm of our hapless politicos who are out of their depth in any conversations with this tech giant.

Oracle doesn't need another HQ and so MILLIONS OF TAXPAYER SUBSIDY THAT NAIVELY HOPED TO SPARK ECONOMIC GROWTH IN SOUTH KANSAS CITY HAS BEEN WASTED. We're looking at a sale in the very near future . . .

THE SOUTH KANSAS CITY CERNER CAMPUS COULD BE JUST AS DEAD AS BANNISTER MALL IN THE VERY NEAR FUTURE!!! 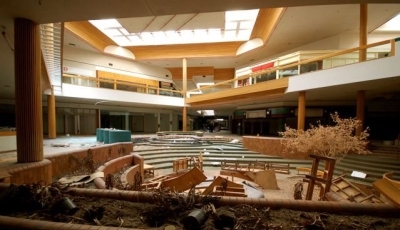 The irony of the "smartest guys in the room" & KCMO leaders creating something that died quicker than a mall that was pretty cool for about a decade is far too delicious to overlook.

Moreover . . . Given that the former Sprint Campus is pretty much a ghost town that sold far below market value . . . We think KC voters will be far more skeptical of corporate promises than some of our more naive friends in JoCo.

Get ready for a great deal of happy talk and "assurances" as local leaders look to obscure very cruel cuts coming to Kansas City and everybody who invested their career in this acquisition target.

Oracle Is Said to Be in Talks to Buy Cerner

Shares of Cerner, the electronic-medical-records company, soared in premarket trading Friday following a report that said Oracle would be buying the company in a deal that could be worth around $30 billion. An agreement could be finalized soon, some of the people familiar with the matter told The Wall Street Journal.

Oracle is nearing a deal to acquire healthcare information technology group Cerner for about $30bn, according to people briefed about the matter, as Larry Ellison's company seeks to cement its position in one of the fastest-growing corners of the IT industry.