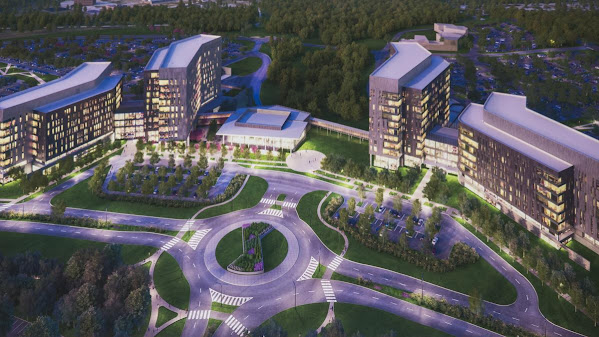 Smarter TKC reader are watching this headline and want to share it . . .

AFTER RECENT LAYOFSS, CERNER IS NOW IN PLAY AS A BUYOUT TARGET!!!

Most of the reports are paywalled but here's a passage making sense of the deal already in motion:

"That effort could make Cerner an attractive target for Oracle, the second-biggest software maker by revenue, which is known for database products. While Oracle has struggled to gain ground in the cloud-computing business, trailing far behind market leaders such as Amazon.com Inc. and Microsoft Corp., a deal for Cerner would give Oracle a huge foothold in the health industry. The sector alone is expected to spend $15.8 billion on cloud infrastructure and software by 2023."

Oracle Corp. is in talks to buy electronic-medical-records company Cerner Corp. , according to people familiar with the matter, a deal that could be worth around $30 billion and push the enterprise-software giant further into healthcare. An agreement could be finalized soon, some of the people said, assuming the talks don't fall apart or drag out.

Dec 16 (Reuters) - Enterprise software maker Oracle (ORCL.N) is in talks to buy electronic medical records company Cerner (CERN.O) in a deal that could be valued at $30 billion, the Wall Street Journal reported on Thursday, citing people familiar with the matter.

By Kimberly Chin Cerner Corp.'s shares climbed 20% in after-hours trading to $96 after news the company was in discussions to be acquired by Oracle Corp. The deal could be valued at around $30 billion and help push the enterprise-software giant further into healthcare, The Wall Street Journal reported, citing people familiar with the matter.