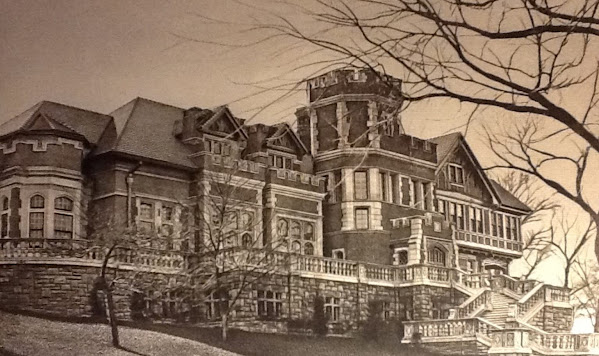 The city college is strapped for cash and looking to unload a historic bit of real estate that has served nothing less than a financial albatross.

A bit of back story for one of the most beautiful, haunted buildings ever fashioned in this cowtown . . .

The house was built in the early 1920s by Uriah Spray Epperson, one of the wealthiest men in Kansas City at the time. He and his wife Mary Elizabeth were prominent members of Kansas City society at the turn of the 20th century, known to support various charities of music and art in the city.

Their house was completed in 1922, but by 1939 both Uriah and Mary had passed away. Having no children of their own, the house was eventually donated to the university where it has taken on various functions over the years. The Epperson House has served as housing for aviation cadets during World War II, space for university classrooms and faculty offices, and even meeting spaces for multiple university clubs and programs.

Then, in 2010, the doors to Epperson House closed and have yet to reopen.

Over a decade later, the house remains vacant, accruing a century worth of wear and tear, desperate for new purpose and funds to aid in its renovation and revival.

- The city college needs about $15 MILLION to upgrade it and meet ADA standards.

- UMKC is so desperate that they're actively looking for ideas from students, the public, alumni or any down-on-their-luck developer.

We're also hoping to entertained by suggestions from our blog community . . .

The University of Missouri-Kansas City is seeking a developer to engage in a public-private partnership to restore and reopen the historic Epperson House on Volker Campus.