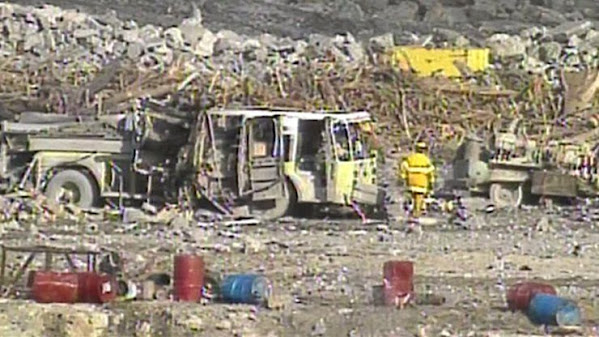 Over the Thanksgiving holiday Kansas City and the nation celebrated the "exoneration" of Kevin Strickland with millions of dollars worth of donations and the Mayor's Christmas Tree lighting which served as a 'welcome home' party.

However, the trials and tribulations endured by Mr. Strickland are not the only injustice in local history.

And this brings us to a local truism and common knowledge in this cowtown . . .

The convictions in a deadly 1988 Kansas City Fire Department truck explosion merit further examination because the case against the defendants was pure garbage.

POOR WHITE LOSERS ROT IN JAIL FOR A CRIME THEY DIDN'T COMMIT BUT KANSAS CITY LEADERS WON'T DARE SPEAK OUT AGAINST THE POLITICALLY CHARGED AND SKETCHY VERDICT!!!

Meanwhile, most people who remember this case know that it was largely devised by way government public relations.

All five of those convicted are almost certainly innocent of that crime. The five became expendable because of the lives they'd led: being petty thieves, drunks, drug addicts and no-accounts in general.

The firefighter case, in the end, became not so much a search for truth as a quest for closure. Over the years, the pressure for closure had grown intense.

The families of the dead firefighters ached for this dark chapter in their lives to come to an end, so they could go on with their lives. These families had the overwhelming sympathy of the people of Kansas City.

The firefighters of Kansas City needed to know that you couldn't just kill six firemen and get away with it.

Legendary Kansas City reporter J.J. Maloney chronicled the case and performed a monumental feat of journalism with his coverage . . .

The Firefighter Case: Part I

One of the victims of this injustice was, in fact, exonerated and still fights for those who remain in prison.

There's also a highly sought after book on the topic which explains the miscarriage of the law in great detail . . .

Justice on Fire: The Kansas City Firefighters Case and the Railroading of the Marlborough Five

What's heartbreaking about this story is that there's little hope of exoneration because the plight of these victims won't likely garner any political capital or advance any social cause. Kansas City leaders, activists and social justice warriors reveal their own hypocrisy and refuse to speak up out of political expediency. Meanwhile, residents are encouraged to forget one of the darkest days in local history that has tragically morphed into a shameful act of government persecution based on questionable jailhouse testimony.