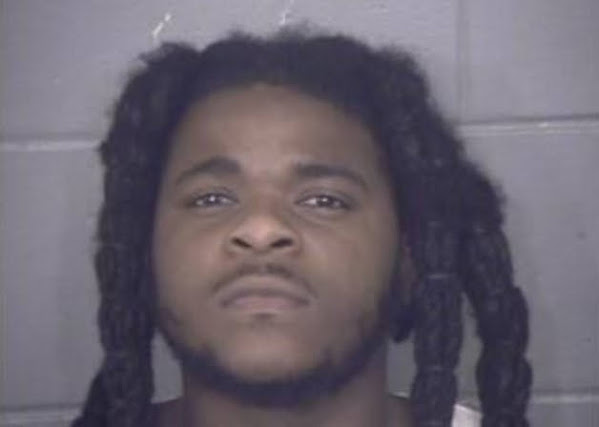 Some might call this a "crime of passion" whilst those of us who are more interested in data note the tragic rise in domestic violence during the pandemic.

Here's the charging document press release from the Courthouse . . .

A Kansas City man faces charges related to the fatal shooting on May 23, 2021 of  Kailey Love, who police found in a parking lot in the 8500 block of E. Winner Road in Kansas City, Jackson County Prosecutor Jean Peters  Baker announced today.

According to court records, police responded to the 8500 block of E. Winner Road on a reported shooting. The caller told dispatch that he had shot his ex-girlfriend. Officers found Kailey Love on the ground near two vehicles. She was declared deceased at the scene. The defendant identified himself when police called the person who called dispatch. He told detectives that the victim and defendant had been in an argument that had continued to the gas station parking lot, leading to the defendant shooting her. Witnesses heard two gunshots.

by: Juan Cisneros Posted: / Updated: KANSAS CITY, Mo. - A Kansas City man is charged with second-degree murder in the shooting death of his ex-girlfriend in May. Malyck Weaver, 25, is also charged with unlawful use of a weapon and two counts of armed criminal action.

KANSAS CITY, Mo. - A Kansas City man has been charged with second-degree murder and other charges related to the May 23, 2021 fatal shooting of his ex-girlfriend. Malyck Weaver, 25, also faces charges of unlawful use of a weapon and two counts of armed criminal action, according to a Jackson County Prosecutor's Office news release.