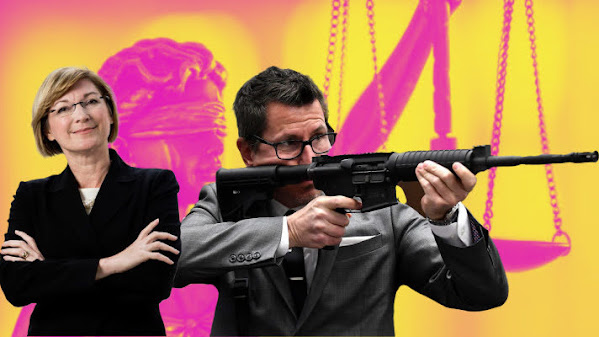 Here's the word from a top echelon TKC insider . . .

"What I've learned from this trial is that our justice system is far too politicized. In Kenosha there's a clown show underway and in Jackson County we're suffering a years-long feud between the police and the court house. The Rittenhouse trial shows us that voters need to get more involved in local elections get serious about who we put in office . . . What we've got now is a system that's failing because we're electing politicians and not people who really understand the law and its implications . . ."

Deliberations in Kyle Rittenhouse's homicide trial continued on Wednesday with a defense request to have charges tossed still looming over the high-profile Wisconsin trial. The case went to jury late Tuesday morning with Kenosha County Circuit Judge Bruce Schroeder having not ruled on defense requests for a mistrial with prejudice - to have charges tossed without ability for prosecutors to re-file.

Prosecutor Thomas Binger was "very close" to violating the "golden rule" of law during the Kyle Rittenhouse trial in Kenosha, , according to criminal defense attorney Ajay Pallegar. The golden rule is when a prosecutor or other party in a criminal defense makes a statement of an emotional nature to the jury, such as: "Put yourself in the victim's shoes."

The lead prosecutor in the Kyle Rittenhouse case argued that the 18-year-old lost the "right to self-defense" by bringing an AR-15 semi-automatic rifle to the protests in Kenosha last year. "You lose the right to self-defense when you're the one who brought the gun," assistant district attorney Thomas Binger told the jury in his closing arguments on Monday.

Kenosha County attorneys Thomas Binger and James Kraus were figures in a "clown show" of a prosecution against defendant Kyle Rittenhouse, most notably with their overt lack of basic understanding of firearms, gun rights advocate and radio host Dana Loesch said Monday.