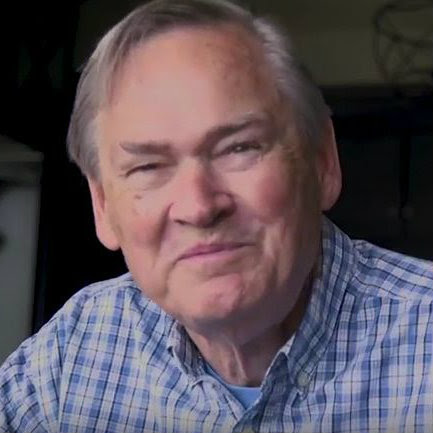 Tuesday Midday holds sad news but we share an alternative perspective that might still be relevant given the current political climate . . .

Let's not forget the disgusting rhetoric of mean-spirited and nasty JoCo political operatives who targeted this former Congress dude struggling with illness during his last years.

To be certain, nasty attacks aren't a phenomena that belongs only to the left or right . . . For every "Let's Go Brandon" chant there's an "F-Trump" challenge which is really just a symptom of a divisive American discourse.

Whilst a certain level of callous political attacks are acceptable and have ALWAYS been apart of the American discourse . . .

It was different with Dennis Moore . . . The arguments targeting his illness and struggles with Alzheimer's were indecent and debased voters and every political watcher.

This was before the rise of social media but it offered a glimpse of the current state of the discourse . . .

OF COURSE we aren't arguing for censorship.

We TKC believes MEDIA LITERACY is the answer.

UNDERSTANDING PARTISAN RHETORIC in all of it disgusting forms is a worthwhile goal . . . And when done properly . . . Will create powerful enemies on BOTH sides of the aisle who will typically offset each other.

With that we share our condolences with the family of Dennis Moore who endured just a bit more suffering than they should've because of Internets trolls.

Former U.S. Rep. Dennis Moore died Tuesday.His wife, Stephene Moore, said her husband died at Prairie Elder Care in Overland Park, where he lived for the past three years with Alzheimer's disease, followed by a brief battle with cancer.He was 75 and would have turned 76 on Nov.

KANSAS CITY, Mo. - Political leaders from both parties remembered former Congressman Dennis Moore, 75, Tuesday following news of his passing from a bout with cancer. Moore, a Democrat, served as the representative of Kansas' third Congressional district from 1999 to 2011.