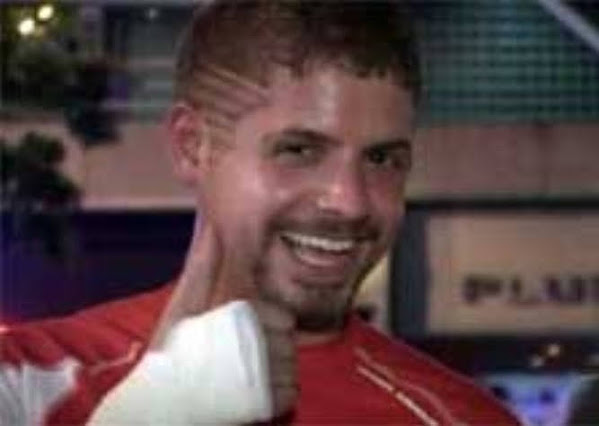 We would be remiss if we didn't at least mention the passing of an Internets LEGEND who was also a local on the outskirts of town.

There sordid deets about his death throughout the Internets but here at TKC we want to celebrate the life of this dude who was more than just a passing meme but dutifully served as an early grassroots leader of the open web before corporations directed everyone to spyware invested private gardens . . .

More than anything we admire the shameless way he proudly stood before cameras after getting knocked out by a D-list moviemaker. It might have been the highlight of his career and one of many iconic achievements from the online community leader.

For those who don't know his work, we share a quick collection of worthwhile resources that deserve a glance for those of us who mistakenly believe that Interents culture is real.

Richard 'Lowtax' Kyanka, founder of Something Awful and onetime king of the internet goons, dead at 45

Richard 'Lowtax' Kyanka, the founder of Something Awful and a key influence on aspects of modern internet culture, has died at the age of 45.

Update 11/11/2021 16:32 p.m. ET: A GoFundMe is collecting money to put toward the wellbeing of the three daughters Kyanka left behind. Here is the corresponding thread on Something Awful . Original story continues below. Longtime Something Awful forum administrator Fragmaster that site founder Richard "Lowtax" Kyanka has died.


Who was Richard 'Lowtax' Kyanka?

RICHARD 'Lowtax' Kyanka is the founder of the comedy website Something Awful. On November 11, 2021, it was reported that Kyanka had passed away. Richard Kyanka aka Lowtax was known for creating comedy blog and forum site Something Awful. Born May 11, 1976, he was 45-years-old.

One of the more influential figures of the turn-of-the-millennium internet has died. According to Kotaku, former Something Awful forum moderator Fragmaster has revealed that site founder Richard "Lowtax" Kyanka has died at 45. Fragmaster didn't ask for details surrounding the death, but Kyanka's second wife later said the creator committed suicide.


Richard 'Lowtax' Kyanka, Founder of Something Awful, Is Dead at 45

Image: Nate Milton/Motherboard Richard "Lowtax" Kyanka-the creator of the era-defining Something Awful forums-died by suicide on November 9, Motherboard confirmed with the Lee's Summit, Missouri police department. When longtime Something Awful admin "fragmaster" posted on the site for the first time in years on November 10, it was to tell the community that its founder, Richard "Lowtax" Kyanka was dead.