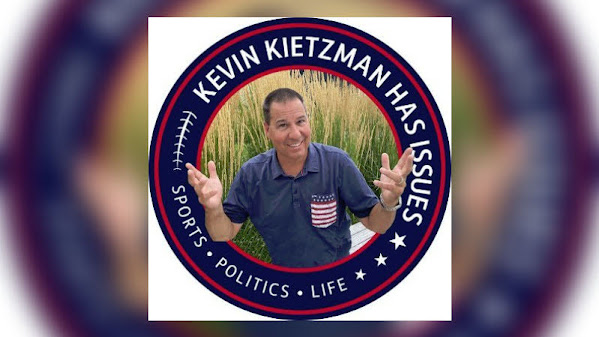 Today, KK is back with a vengeance.

Like it or not, there is no doubt the latest newsletter rant form Kansas City sports talker Kevin Kietzman is FEARLESS and offers insight that most sports newsies wouldn't dare publish.

From his podcast mailer, check one of the MANY money lines after the settlement . . .

"Why would the Chiefs do this, it was simply an employee that did something very bad, right?  Why are the Chiefs spending millions on a low level coach that isn’t with the team anymore and is likely headed to jail?  Would your former employer ever do this for you?  Why did the Chiefs release the information on a Friday afternoon when nobody was looking and why did they release the information just one day after owner Clark Hunt had his only once per season news conference?  Why aren’t the media asking why?

"If you’re an adult and have a shred of honesty in you, you already know the answer.  The Chiefs effed up big time here.  Really big time.

"It’s very likely this agreement not only releases the Chiefs from any legal claims going forward, it covers Andy Reid and team President Mark Donovan individually.  You see, these guys won a Super Bowl and didn’t call the NFL commissioner dirty names in private emails.  No, they almost certainly broke about a million NFL and team rules and regulations and threw a rager for the coaches prior to the Super Bowl as a perk.  AT THE OFFICE!  This is wrong on so many levels and leads to really bad things happening and nobody seems to care . . ."

It's certainly worth a peek.

And, DEFINITELY, offers an alternative take that most locals won't read from mainstream sports news.