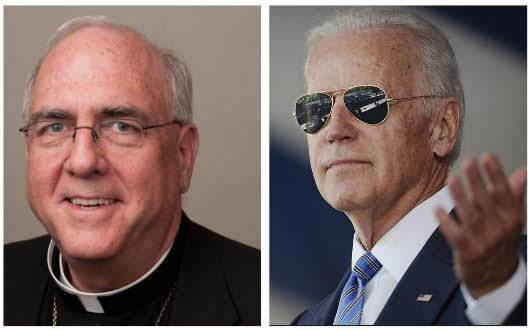 A showdown amongst the faithful is gaining momentum despite repeated calls peace and understanding amongst the people of The Church.

Here is a glimpse at a choice and a line in the sand that all Catholics will have to confront . . .

The Archdiocese of Kansas City, Kansas might be considered ground zero for the condemnation of public figures who call themselves devout Catholics but support the right to abortion, which the church considers a sin. That’s because Archbishop Joseph Naumann chairs the Committee on Pro-Life Activities.

“Our responsibility to have dialogue and conversation with those who are Catholic but act in a way contrary to our faith on this basic moral teaching,” is how Naumann described the impetus behind the document the bishops approved Wednesday.

KANSAS CITY, KS (KCTV) -- Joe Biden's presidency has reignited concern among some Catholic bishops about Catholic public figures who support abortion rights. Wednesday, that culminated in a new document from US bishops, spearheaded by a local archbishop.