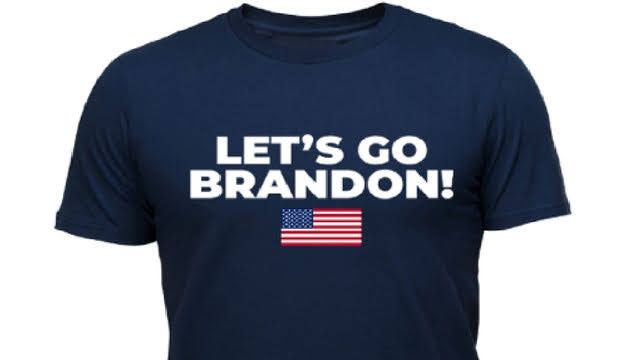 Actually, the sentiment is much rougher than our post title suggests.

But here at TKC we like to keep it classy. Natch.

However, here's the legal aftermath that deserves a peek . . .

"The city required him to take the flags down which Sain thinks violated his freedom of speech. The Blue Rapids City Clerk tells KSNT the obscenity charge has now been dropped."

by: Kelli Peltier Posted: / Updated: BLUE RAPIDS (KSNT) - A charge was dropped against a Kansas man whose flags caused controversy in his small town. The City of Blue Rapids charged David Sain with promoting obscenity for flags outside his house that say "F*** Biden and F*** you for voting for him!"