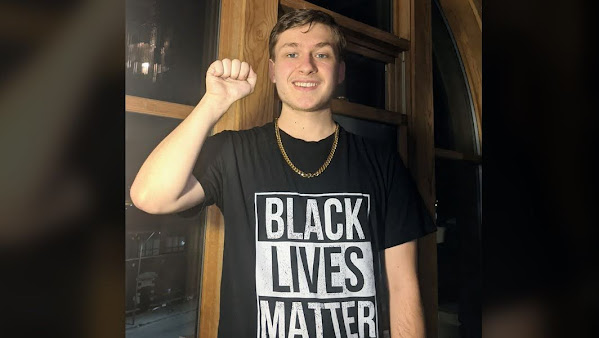 An embattled young KCK politico seems to be spiraling out of control amid this holiday season.

He's the latest chapter in the tumultuous saga . . .

"Douglas County jail records show Aaron Coleman was booked early in Saturday morning on a charge of driving under the influence. It’s the latest problem facing the 21-year-old Democrat who represents parts of Wyandotte County in the Kansas House."

“Mr. Coleman’s most recent arrest is further evidence that he is not fit to serve in the Kansas House of Representatives and that his continued presence in the Legislature is a disservice to his constituents," she said. "He should resign immediately and seek the treatment that he needs. If he does not resign, the Legislature should use its process to remove him from office.”

Governor, other leaders call on Kansas state Rep. Aaron Coleman to resign after another arrest

Aaron Coleman, a representative in the Kansas House from Kansas City, was arrested again on Saturday morning, this time on suspicion of driving under the influence in Douglas County. Coleman's arrest comes less than a month after Overland Park police arrested Coleman following an incident with family members.

LAWRENCE, KS (KCTV/AP) --- Kansas House Rep. Aaron Coleman, a Democrat representing KCK, faces more legal trouble. Coleman was arrested this weekend on suspicion of driving under the influence. The arrest happened around 1 a.m. on Saturday morning at mile-marker 203 on I-70 westbound, according to Douglas County jail records.

by: Zoe Jones Posted: / Updated: LAWRENCE, Kan. - Kansas Democratic House Representative Aaron Coleman was arrested on Saturday, Nov. 27 for driving under the influence. Douglas County jail records show that he was arrested on I-70 heading westbound by Kansas State Highway Patrol. He was released on a $250 bond.