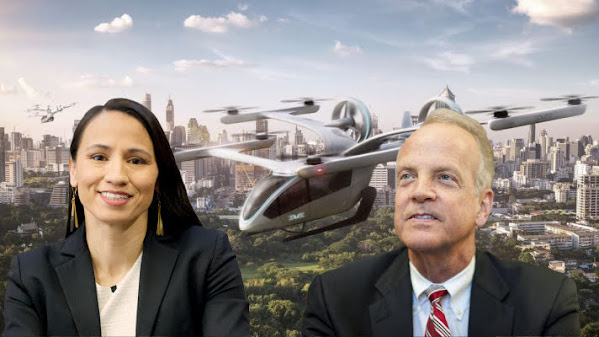 New air vehicles — in an industry called advanced air mobility — that will be used to drop packages on your doorstep, transport people and cargo over shorter distances and could even give people the ability to call air-taxis.

“It’s not an if, it’s a when,” said Davis Hackenberg, the Advanced Air Mobility project manager for NASA. “Electric aviation is going to happen.”

Earlier this month, the U.S. House of Representatives passed a bill sponsored by Kansas Rep. Sharice Davids that would create a working group to study what the federal government needs to do in regards to the fledgling industry. It now heads to the U.S. Senate, where it’s being shepherded by Kansas Sen. Jerry Moran.

The bill is an attempt to get the government prepared for what will likely change the future of transportation. It will mean everything from new safety regulations, to infrastructure in the form of “vertiports,” to getting the public onboard with the concept of drone-like planes flying around their neighborhoods.

Is America ready for air taxis?

The next time you are outside, look up. You might see houses, buildings, a few trees. Higher you may see some clouds, a commercial airplane, a military...