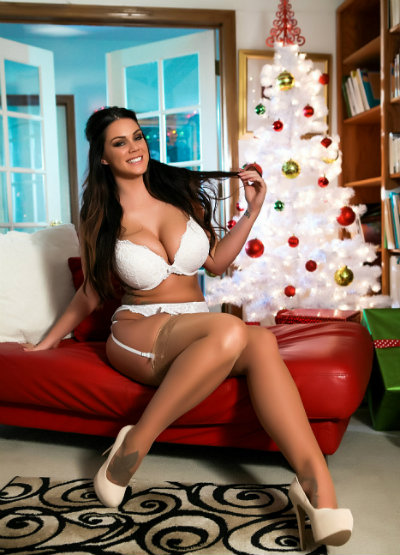 Tonight hottie Alison inspires us not only to put up our Christmas tree BUT ALSO to take a peek at pop culture, community news and top headlines.

KANSAS CITY, KS (KCTV) -- Black Friday and Cyber Monday are over, but the rush has just begun to now get a lot of those items to their recipients by Christmas. Amazon locations in Kansas City are ramping up their efforts by looking for more hands on deck, hiring more people for seasonal, full-time and part-time work.

Pharmacies are at a breaking point in both Kansas and Missouri. "It's really frustrating," said Ron Fitzwater, CEO of Missouri Pharmacy Association.

INDEPENDENCE, Mo. - An Independence handyman said thieves were caught on camera stealing tools from his work truck at a local church. A Kansas City, Missouri man saw the videos and believes his stolen truck was used to commit the crime.


Life Lesson For An Exurb

Raytown Board of Education listens to solutions for school safety, equity

RAYTOWN, Mo. - The Raytown Board of Education heard suggestions and observations from parents Monday evening on how to make schools a safer environment for all students. "We want to do what's best for everyone and that's a hard thing to do," Alonzo Burton, president of the Raytown BOE said.

KANSAS CITY, Mo. - Kansas City Southern has launched a challenge grant to boost fundraising for its KCS Holiday Express program. "On this Giving Tuesday, I am proud to announce that KCS will donate $2 for every $1 raised by the Holiday Express project, up to an additional $100,000, between November 30 and December 10, 2021," KCS CEO Patrick J.

Miranda Comins was touring Arrowhead Stadium with her brother and dad when the family spotted a kitten tangled in a field goal net and rushed to save the stray animal One family left Arrowhead Stadium in Kansas City, Missouri, with a souvenir they were not expecting to take home: a stray kitten.

While some parents push for book bans, educators and other community members promote diversity

CNN said Tuesday that it has suspended Chris Cuomo "indefinitely" after new documents released this week indicated that the anchor was more intimately involved than previously known in helping his brother, former New York Gov. Andrew Cuomo, craft a defense amid a flurry of sexual misconduct allegations.

Former President Donald Trump on Tuesday toasted CNN's indefinite suspension of anchor Chris Cuomo. "Great news for television viewers, they have just suspended Chris Cuomo indefinitely," Trump said in a statement. "The big question is, was it because of his horrendous ratings, which in all fairness have permeated CNN and MSDNC, or was it because his brother is no longer Governor?

"We're waiting for the Senate to decide what date they can agree on, which is ridiculous," House Majority Leader Steny Hoyer told reporters on Tuesday night. The majority leader argued during a closed-door meeting late Tuesday that House Democrats needed to bring the measure to the floor on Wednesday, with or without the bipartisan blessing of their Senate counterparts, according to sources in the room.

A group of House Democrats called on GOP leaders Tuesday to discipline Rep. (R-Colo.) for a series of Islamophobic comments she's lobbed in recent months against Rep. (D-Minn.) and other Muslim lawmakers in Congress.

Marjorie Taylor Greene doesn't like Democrats. But she may dislike some of her fellow Republicans even more.

As scientists race to answer whether the newly identified Omicron variant poses a greater threat, experts are urging measures to help lower coronavirus risks to millions of Americans -- including vaccinations and mask wearing.


One Of Many Pr0n Pro Risks

'Just dudes who dance and we're not ashamed of it': Twin influencers chassé their way to 91K TikTok followers

"In the beginning when we were really young, we had some thoughts that this could be a career that'd make us a lot of money," said Paul Harwerth, one half of Twin Sauce. "But our focus has really shifted into building this artistic outlet - and it's a lot less about us and a lot more about others."

'The Magic Tree' returns to Lee's Summit for the holiday season

LEE'S SUMMIT, Mo. - With the return of the holiday season, comes the return of another holiday tradition in Lee's Summit with "The Magic Tree." Families come from all over to view the shining lights. "It's magic, it's magical.

Between the Plaza lights, Christmas in the Park, and other creative displays of twinkling lights and animations, Kansas City is bursting with opportunities to fulfill one's annual Christmas-light-seeing needs. There is, however, a downside to the popular festive light attractions-usually, there's a line of cars that rivals the traffic jams seen at Arrowhead Stadium hours...


The Good Kind Of Catfishing

Friends haul in 3 massive catfish on Missouri River during holiday

The MCCID and MCBCA invite you to kick-off the holiday season in Martin City at its Annual Holiday Lighting Celebration on Wednesday, December 1, from 5:45 - 6:15 pm. The evening begins with the children's choir of St. Thomas More at the Martin City Community Tree located in front of KC Running Company, 200 E 135 St.

KANSAS CITY, Kan. - Holiday povitica in Kansas City, Kansas' Strawberry Hill neighborhood is a tradition almost as old as the city itself. Marc O'Leary's great-great grandmother immigrated to KCK from Croatia in 1903, just a few decades after the city was incorporated. "So the Croatians originally settled in the West Bottoms here in Kansas City, Missouri.

Temperatures will cool into the lower 40s by the late evening hours then remain nearly steady overnight leaving you with an out the door temperature close to 40 degrees Wednesday morning.

Bruno Mars & Anderson .Paak as Silk Sonic - Fly As Me was the song of the day and this is the OPEN THREAD for tonight.