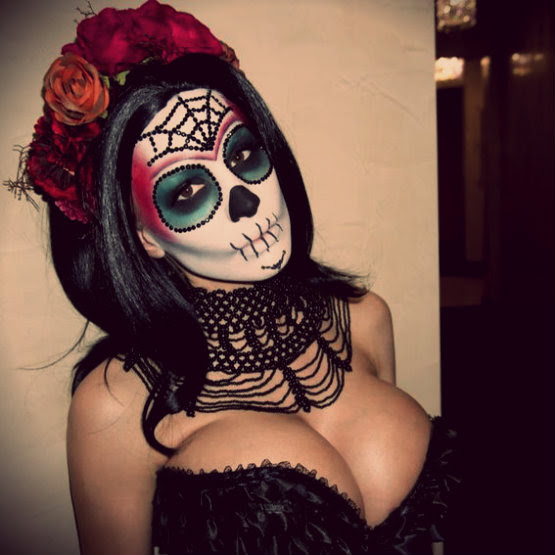 Right now hottie Jordan and her body of work inspires this hot take on all manner of topics pertaining to community news, top headlines and pop culture.

KANSAS CITY, Mo. - Winter Magic is back at Swope Park! The drive-thru holiday light tunnel will open to the public on Tuesday at 6:30 p.m. Kansas City, Missouri Parks and Rec partnered with Jolt Lightning to bring KC the longest animated light tunnel in the Midwest.

The parking lot across the street from the Ward Parkway Center where so many have learned how to drive will soon be a place where people will live, work and play. Some neighbors are still worried how it'll impact their day to day lives.

Voters in Overland Park will elect a new mayor Tuesday

For the first time in 16 years, Overland Park will elect a new mayor on Tuesday.One of the candidates believes Overland Park's city council has a big problem."The issue is the city council doesn't listen to residents anymore," mayoral candidate Mike Czinege said.Czinege is making his first run for office.


Family Drama By Another Name

It's been a longtime dream of Michelle Brancato to revive the concept of an old school neighborhood Italian market, but the use of her family name has her facing a trademark infringement case as she nears opening the doors. The Italian market is expected to open any day now at 7317 N.

by: Heidi Schmidt Posted: / Updated: LAWRENCE, Kan. - University of Kansas forward Jalen Wilson will not play in Wednesday's exhibition game against Emporia State after he was arrested on suspicion of driving under the influence early Sunday morning. Jayhawks head coach Bill Self also announced Wilson will be suspended for the first three games of the regular season.

By John Sharp A groundbreaking that didn't get near as much attention as it deserved from the metropolitan media was conducted October 13 for a massive $453 million project by the U.S. Army Corps of Engineers to complete the final phase of strengthening flood protection from the Missouri and Kansas Rivers in the metropolitan area.

Public celebrations of Día de Muertos,underway in Mexico and parts of Latin America, are increasingly falling under the influence of Hollywood. Why it matters: Movies popularizing the festivities are changing Indigenous traditions that date back 3,000 years. The changes could "muddle" the holiday so much that future generations may not be familiar enough with their roots, says anthropologist Tomás Pérez Suárez.

President Biden has promised delegates at the U.N. climate summit in Glasgow, Scotland, that the U.S. is prepared to spend billions on measures to address climate change, but that legislation remains mired in intra-party squabbling by Democrats back in Washington.

Lawyers for former President Trump told a federal court on Tuesday that there is "no evidence of wrongdoing" from his White House that would justify the Jan. 6 select committee's exhaustive records request of executive branch documents.

"I talked to [Speaker] Pelosi last night, and they were still working it out ... I hope it comes together today," said Senate Majority Whip Dick Durbin (D-Ill.), a long-running negotiator in immigration reform efforts. The proposal Democrats are coalescing behind would likely grant five-year-long work authorizations for about "six to seven million" undocumented immigrants, said Rep.

Kyle Rittenhouse 'the only person who killed anyone' in Kenosha unrest, prosecutors say

The trial of Kyle Rittenhouse trial began on Tuesday in Kenosha, Wisconsin, where the 18-year-old is charged with killing two people and wounding one during unrest in the city last August. Prosecutors said that although "hundreds" of people were out on the street during protests over the shooting of a Black man by a white police officer, Rittenhouse was "the only person who killed anyone".

Former Vice President Mike Pence was confronted Monday night at the University of Iowa by a disgruntled Trump fan who asked Pence to name and shame the figure who told him "to buck President Trump's plan and certify the votes." He responded: "James Madison."

A potentially faster-spreading Delta variant, AY.4.2, has been spotted in 8 states

A potentially faster-spreading "sub-lineage" of the coronavirus Delta variant named AY.4.2 has been spotted by labs in at least 8 states, and health authorities in the United Kingdom say they are investigating a growing share of cases from this strain of the virus.

As global leaders flew into Scotland on a parade of private jets from around the world for the United Nations climate change conference COP26, billed as the world's last best chance' to save the planet from catastrophe, two of the world's biggest players were no-shows.

Caitlyn Jenner claims O.J. Simpson once told Nicole Brown 'I'll kill you and get away with it' before murders

Caitlyn Jenner claimed that O.J. Simpson once told his ex-wife Nicole Brown that he would one day "kill her and get away with it." The allegation was made during her appearance on "Big Brother VIP" in Australia. The 72-year-old, who was once married to Brown's best friend Kris Jenner, spoke out about how the case impacted her family.

Kerry Katona has applauded Hollyoaks actress Sarah Jayne Dunn for joining her on the adult site OnlyFans. The former Atomic Kitten singer recently revealed she had made her first £1 million from the racy subscription website.

Laurent Duvernay-Tardif says goodbye to Chiefs, will be joining the Jets

KANSAS CITY, MO (KCTV) -- Laurent Duvernay-Tardif took to Twitter to thank the Chiefs as he will be going on to join the Jets. He said the following on Twitter: "Words cannot express how grateful I am to the Kansas City Chiefs organization. They made my dream come true by drafting me in 2014.

KANSAS CITY, Mo. - From now until Dec. 31, Kansas Citians can experience the work of Vincent Van Gogh on the stage of Starlight Theater. "Van Gogh Alive" is hosted by Starlight and the Nelson-Atkins Museum of Art, as the two KC artistic institutions come together for a unique visual and auditory experience celebrating the work of one of the world's best known artists.

What is FOX4 anchors featured on Jeopardy!?

With the Kansas City Chiefs earning a win against the New York Giants on Monday night, the playoff picture is as muddled as ever. Here's a quick recap of each team, starting within the division: The Raiders have looked like they've turned it around this season with improved play from Derek Carr.

Brookside's beloved Pakistani restaurant, Chai Shai, has announced that it will close after eleven years.

Guadalupe Center Campus. When I was young it was National College. Above, Azariah Budd home next to the Park that bears his name. Above and below, Indian Mound. Above and below, Elmwood Cemetery. Above, Budd Park. Below, KC Museum.

Hide Transcript Show Transcript FORECAST SO YOU'LL KNOW FIRST. THIS IS FIRST ALERT WEATHER LIKE IT'S JUST THINKING ABOUT COLD WEATHER. IT'S THAT WAS CHILLY OUT THERE. I WAS OUTSIDE. AN HROU TODAY IN MY HANDS. OH, IT REMINDED ME OF WHAT IT'S LIKE WHERE THOSE GLOVES SCARF ESPECIALLY IN THE MORNING HOURS TODAY COOL.

Dead Man's Party is the song of the day and this is the OPEN THREAD for right now.