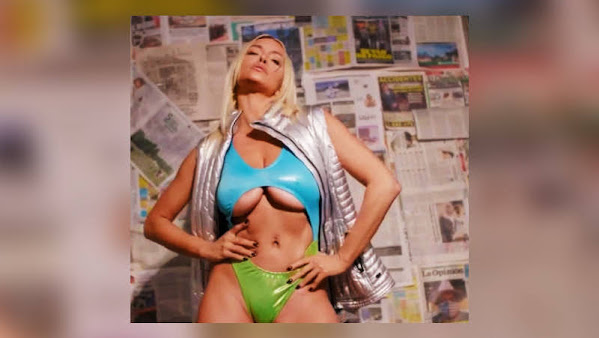 More Hype Inside The Loop

KANSAS CITY, Mo. - The Harry S. Truman Presidential Library & Museum in Independence, Missouri, will reopen on Dec. 2 following a $29 million renovation. Some of the historical moments explored in the museum are the Red Scare, WWI, WWII, the Cold War, the Civil Rights Movement and details of President Harry S.

The delightful children of the pumpkin patch. // Photo by Jim Nimmo There are a lot of ways to approach the issue of climate change. Some people recycle. Some people take the bus to work. But Dan Heryer smashes pumpkins. Heryer and his wife Brooke Salvaggio are the owners of Urbavore Farm, a biologically diverse farm set on 13.5 acres...


INTERVIEW OF THE YEAR!!!

A version of this article first appeared in the "Reliable Sources" newsletter.

Analysis: The 'Biden 2024' debate is a straight-up loser for Democrats

Joe Biden is less than a year into his presidency and already his party is fractured over the question of whether he will -- or should -- run again in 2024.

WASHINGTON - The Arizona man known as the " QAnon Shaman " has hired new lawyers who say they are considering appealing his conviction after he was sentenced to prison for storming the U.S. Capitol on Jan. 6.

Representative Alexandria Ocasio-Cortez (D-NY) shared her fears that Republicans could take over in a "very authoritarian manner" if they win the House in 2022. Speaking on Zoom, Rep. Ocasio-Cortez said she believed the House minority leader would remove Democrats from their committee assignments in response to Rep.

'House of Gucci' review: Lady Gaga and her terrible movie are shallow

movie review Let's set the record straight. Does Lady Gaga's accent in the new film "House of Gucci" sound remotely Italian? As Patrizia Reggiani, the crazed woman who had her fashion mogul husband Maurizio Gucci killed in 1995, Mother Monster comes off as Russian as Boris and Natasha, Mikhail Gorbachev and a cold bowl of borscht.

Sponsored content: After you get your fill of Thanksgiving dinner, it's time to turn your attention to another beloved holiday: Small Business Saturday! Brace yourself for this incredible statistic: during last year's Small Business Saturday event, American Express reported $19.8 billion (billion!) in consumer spending. Wouldn't it be fascinating to know how much of that...

KANSAS CITY, Mo. - A day after he helped the Kansas City Chiefs defeat the Dallas Cowboys at Arrowhead Stadium, safety Tyrann Mathieu had something else on his mind. Mathieu and some of his teammates joined forced with the Giving Hope KC Food Pantry and Harvesters to give away turkeys and sides to 500 families.

Windy and warmer Tuesday with highs in the low 60s. Mild and windy Wednesday with a chance of showers during the evening along a cold front. Much colder air is likely on Thanksgiving Day.

Modest Mouse - We Are Between is the song of the day and this is the OPEN THREAD for right now.