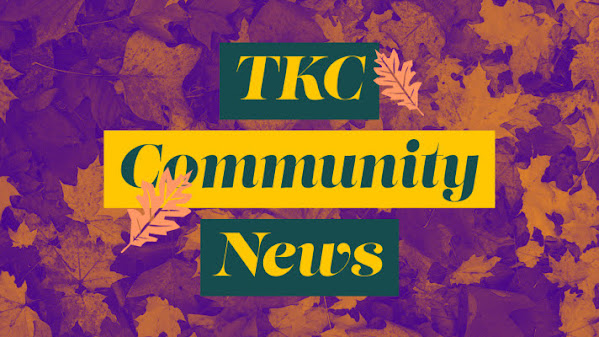 For right now we offer a peek at local topics from across the metro. There's a bit of crime news and, even better, job opportunities as Thanksgiving draws near.

A late afternoon shooting in the 300 block of North Lawn sent two men to the hospital with non life threatening injuries. Neighbors report hearing close to twenty shots at roughly 4pm Tuesday afternoon. While exact motive for the shooting is unclear, it seems to have originated over a domestic disturbance involving a woman, her ex husband and a third party.

Teenager injured after shooting in Raytown

RAYTOWN, MO (KCTV) -- A teenager was sent to the hospital after he was shot Tuesday afternoon in Raytown. According to police, officers were disatched to the area of Gregory Blvd. and Hunter Ave. around 4:16 p.m. on reports of shots fired. When police arrived at the scene, they found one teenage male with apparent gunshot wounds.

The Johnson County, Kansas Sheriff's Office is providing a new service for employees that officials hope will help them make 'informed decisions' about their health.The sheriff's office announced Tuesday morning that it is partnering with Aditxt to offer COVID-19 antibody testing.Sheriff Calvin Hayden said the company's product, AtitxtScore is an immune monitoring technology and is the only known antibody test that will test to the T-cell level and provide an accurate reading of an individual's COVID-19 immunity.

Suspect in 6 killings pleads not guilty to federal charge

ST. LOUIS (AP) - A man accused of killing four people in the St. Louis area and two in a Kansas suburb of Kansas City has pleaded not guilty to a federal gun charge. The St. Louis Post-Dispatch reports that 26-year-old Perez Deshay Reed entered the plea Tuesday in U.S.


Give Workers A Brake

by: Heidi Schmidt Posted: / Updated: RAYMORE, Mo. - A driver crashed into a MoDOT truck, sending one worker to the hospital. The crash happened in the northbound lanes of Interstate 49 at North Cass Parkway in Raymore, Missouri, around 10 a.m. on Tuesday.


Baller Behind The Scenes

It's down to the wire for Kansas City and the other cities vying to serve as hosts for 2026 World Cup soccer matches. And the head of Kansas City's effort, who is a native with a passion for soccer, likes her hometown's chances.

Courtesy Rachel Ayotte J. Rieger & Co. will host Santa, December 18, where "both kids and kids at heart can have their complimentary photo taken," with the jolly old chap from 10 a.m. to 2 p.m. The distillery, including its gift shop, tasting room, and historical exhibit, will be open this holiday season at 11 a.m.

Kansas City Royals catcher Salvador Perez has been named the All-MLB First Team catcher. In only the third All-MLB Team it's the second straight season that Perez has been given the honor.The catcher tied for the Major League lead with 48 home runs in 2021.The first and second teams were selected by a combination of voting from fans and a decorated panel of media members, broadcasters, former players and other officials throughout the game.

KANSAS CITY, Mo. - The Kansas City Chiefs are on a winning streak, and apparently the NFL noticed. The league announced Tuesday afternoon that the Chiefs' home game against the Denver Broncos on Dec. 5 has been flexed to Sunday night. Instead of a noon kickoff the game is now scheduled to begin at 7:20 p.m.

KANSAS CITY, Mo. - Rockhurst University is planning to honor one of Kansas City's legendary champions of civil rights and justice. The Alvin Brooks Center for Faith-Justice will be established on the university's campus, according to a university news release.

INDEPENDENCE, Mo. - The Independence Police Department are continuing to seek tips in hopes of finding a woman who was last seen in May. Police said 71-year-old Tony C. Williamson was last seen May 8, 2021, walking away from an address near S. Sterling Avenue and E. Winner Road in Independence.

Increasing clouds Tuesday night across the greater Kansas City area with lows near 50 degrees. Conditions will be windy and warm Wednesday with highs in the low and mid-60s. Some showers are possible Wednesday evening, mainly for areas south and east of the KC metro. Thanksgiving Day will be sunny and blustery.