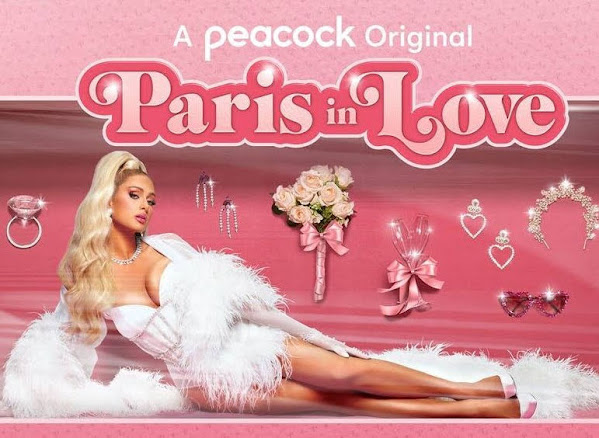 Hide Transcript Show Transcript -- MARKLEY SHOWS HOW KANSAS CITIANS SUPPORTED THE WAR. ARK: YOU THINK AVIATION IN KANSAS, YOU THINK WICHITA. THE REALITY WAS THE KANSAS CITY AREA IN EARLY AVIATION HISTORY WAS A POWERHOUSE. THERE IS A LOT OFEO PPLE IN NSKAAS CITY WHO DO NOT KNOW THE HISTORY DURING WORLD WAR II.

Whataburger wait is over: Lee's Summit location opens next week

LEE'S SUMMIT, Mo. - Patrick Mahomes' dream, and the dreams of thousands of others across Kansas City, are about to come true. Seven months after crews broke ground, the first Whataburger location in the metro will open for business. The Whataburger at 1460 NE Douglas Street in Lee's Summit will open at 11 a.m.

Ian Whitehill went from military deployment to software bootcamp, waging a new career as a software engineering technologist at Lenexa-based Genuen thanks to KC Tech Council's emerging apprenticeship program. "I always wanted to do something where I felt like I was contributing to society and the world around me.


Community Stands Up For Soldiers

KANSAS CITY, Mo. - This Veterans Day, the Kansas City Irish Center is hosting a benefit concert to support a local veteran. The concert is part of the Pints on the Patio event series that typically helps raise funds for the KC Irish Center, but this time they want give back.


Paris Is Burning For Love

She'll soon walk down the aisle and marry the man of her dreams. And Paris Hilton was having a few issues merely setting a wedding date as she caught up with sister Nicky in her reality show, Paris in Love, which documented the days leading up to Thursday's fairytale wedding to Carter Reum.

President Biden referred to the late baseball player Satchel Paige as "the great negro" before correcting himself during his Veterans Day address at Arlington National Cemetery on Thursday. Biden was honoring former U.S.

The committee has repeatedly emphasized the urgency of accessing Trump's records as it explores the former president's effort to overturn the 2020 election results, including the Jan. 6 assault on the Capitol that disrupted the electoral vote count and sent lawmakers fleeing in fear.

WASHINGTON (AP) - The last time Congress approved a major renewal of federal highway and other transportation programs, the votes were 359-65 in the House and 83-16 in the Senate. It was backed by nearly every Democrat and robust majorities of Republicans.

Universities that adopted COVID-19 vaccine mandates this fall have seen widespread compliance even though many schools made it easy to get out of the shots by granting exemptions to nearly any student who requested one.

US reportedly warns Europe of potential Ukraine invasion by Russia

The US is warning its European allies that Russia may be pondering a potential invasion of Ukraine as the Biden administration monitors a troop buildup on the frontier between the two nations, according to a new report. Bloomberg, citing multiple people familiar with the situation, reported that American officials have briefed their European Union counterparts on their worries over the situation.

Princess Diana's former bodyguard Ken Wharfe praised Kristen Stewart's Diana portrayal in "Spencer." Wharfe told People that Stewart's performance was the closest one to Diana in 10 years. "She managed to perfect her mannerisms," he told the publication. A former royal bodyguard who worked closely with Princess Diana has praised Kristen Stewart's depiction of the royal in "Spencer," Pablo Larraín's 2021 biopic.


Oldest Profession Has Its Risk

by: Makenzie Koch Posted: / Updated: KANSAS CITY, Mo. - It's over 50 degrees for many in the Kansas City area, but that didn't stop some from seeing snow Thursday afternoon. If you think that's crazy, the National Weather Service confirmed it.

Dogged by pandemic, one KC veterinarian diagnosed potential to expand without just mooving

"There was opportunity and I thought it would make us stronger," Aaron Stohs said, adding that growth has enabled his network of clinics to serve the needs of animals ranging from cattle to kittens, and the chance to offer procedures and services other area clinics can't.

by: Heidi Schmidt Posted: / Updated: KANSAS CITY, Mo. - The Kansas City Royals announced the death of Art Stewart at the age of 94. Stewart recently completed his 52nd season with the Royals and was the longest-tenured associate in the Royals organization.

Brookside Shops Kick Off the Holiday Season This Weekend!

The world keeps turning and it's time once again to kick off the holiday season in Brookside! Starting today, Nov 11 and running through Sunday Nov 14, 2021, you can take advantage of special sales, food and drink discounts and other merriment during the Brookside Holiday Season Opener.

A New Dining Experience is Coming to the City Market, and We're Ready for It! Buon Appetito! - In Kansas City

Ragazza restaurateur Laura Norris is expanding her repertoire. Enzo, a collaboration between Norris and her brother, Grant Norris, will open in the City Market (opening date to be announced) and will go beyond the Norrises' classic Italian roots to deliver a diverse Mediterranean experience, including Sicilian and Greek dishes.


Another Season Of Boozing Underway

by: Makenzie Koch Posted: / Updated: KANSAS CITY, Mo. - The holiday season is here, and that means uniquely themed bars are popping up all over the Kansas City area. Pop-up bars have been growing in popularity. Just a few years ago, the first holiday bars were taking off, and now you can find one in every Kansas City entertainment district.

Lows overnight near freezing across the greater Kansas City areaWindy and cold conditions will remain over the region for several days. Partly sunny but cooler than normal for Friday, with the high barely in the 40s.

Billboard #1 in 1991 Prince & The New Power Generation - Cream is the song of the day and this is the OPEN THREAD for right now.