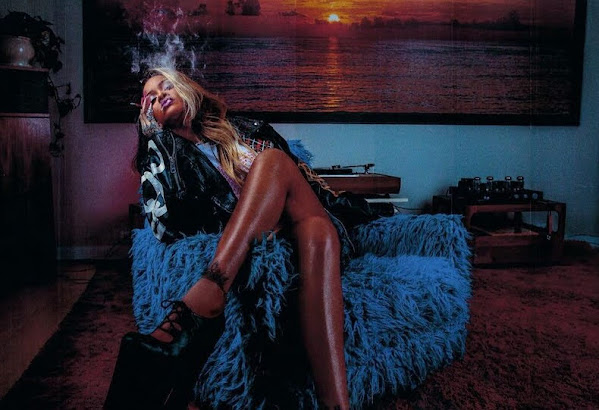 A Kansas City construction nightmare: A house they can't live in, can't sell, and can't finish

KANSAS CITY, MO (KCTV) -- A Kansas City family says a builder blew the budget and left them with an unlivable home. The Beacon Hill house remains frozen mid-construction. The family has filed 10 counts against builder Maximillian Howell packed full of accusations It claims Howell attempted to change the price of the home from $375,000 saying he'd need an additional $184,000 to finish the project.

INDEPENDENCE, Mo. - The Independence Police Department is investigating a shooting Thursday evening that has left one person with life-threatening injuries. Officers responded to the shooting just after 3:30 p.m. at the intersection of South Avenue and Osage Street. When officers arrived they found an 18-year-old victim who was taken to an area hospital with life-threatening injuries.

Criminal case leads Kansas lawmaker to step aside for week

Coleman didn't immediately respond to text, email and cellphone messages seeking further details. His tweet described the prosecution of him as "Frivolous" and an attorney entered a not-guilty plea for him Monday.

How much should a simple COVID-19 test cost you? $20? $35? What about $380? In a KMBC 9 News investigation, that question is at the heart of a federal lawsuit where Blue Cross-Blue Shield of Kansas City is taking on a COVID-19 testing company that's arguing that it can charge that much.KMBC visited a Northland COVID-19 testing lab run by Omaha-based GS Labs."You expected to pay what for this?"

Rihanna announces limited edition vinyl 'Rih-Issue' of ALL her albums

Rihanna posted a smoldering Instagram album Thursday that saw her sprawling lovingly over an array of LPs on the floor. The 33-year-old pop star was announcing the 'Rih-Issue' - new limited edition vinyl versions of all her old albums available for sale online now.

The Biden administration is suing Texas over its new voting law

The Biden administration is suing Texas over the state's restrictive voting law that was signed into law in September and is set to got into effect Dec. 2. The U.S.

Opinion | Trump, Censorship and Moving On From 2020

In " Readers Respond: Knock It Off, Mr. President " (Oct. 30), a letter writer asserts that the Journal should not have printed President Trump's letter because it is full of untruths. But how does she know this? No doubt from hearing from different sources and coming to her own conclusions.

House Speaker Nancy Pelosi said Thursday that Democratic lawmakers were "proceeding" with President Biden's social spending bill, a declaration she made despite lingering disagreements on the legislation. Pelosi's letter to House Democrats did not include any update on the timing of a potential vote on either the $1.75 trillion "Build Back Better Act" or the separate Senate bipartisan infrastructure bill.

Jesse Watters: Alexandria Ocasio-Cortez and the Democrats don't know how to read the room

" The Five" on Thursday discussed Thursday Democratic infighting over how to move forward after the big loss in Virginia in which Republican Glenn Youngkin defeated former Democratic Gov. Terry McAuliffe in a neck-and-neck widely seen as a referendum on President Joe Biden's policies.

Why the 'socialist' label sticks to Democrats

Who's the loudest Democrat? It's not President Joe Biden, despite the " bully pulpit " he commands as president. Biden merits daily news coverage, befitting his position, but he's not especially bombastic or combative. Sen. Bernie Sanders of Vermont is much noisier, with a potent political machine attacking anybody opposed to his high tax, anti-corporate agenda.

China has taken President Biden's comments in Glasgow climate summit as a chance to mock the president as "powerless," despite the absence of President Xi Jinping from the conference. Biden spoke at the opening of the COP26 U.N.


WHO Knows What's Happening With COVID?!?

Green Bay Packers quarterback Aaron Rodgers told reporters before the season's start that he had been "immunized" against COVID-19, but after a positive test result on Wednesday, his true vaccination status was revealed. Rodgers was asked directly about it back in August, to which he said he had been "immunized."

Alyssa Milano: Giving birth reminded me of being sexually assaulted

Alyssa Milano's experience with childbirth triggered memories of past sexual assault, she revealed in a new interview. "After going through therapy after giving birth to Milo and remembering that one moment of feeling like I was being held down and had things being done to me that I didn't want, to me, was very reminiscent of being sexually assaulted," Milano, 48, told People's podcast "Me Becoming Mom."

The pandemic is disrupting global supply chains causing major delays and shortages. Local retailers have been stockpiling toys all year, in preparation for the holiday rush. Piles of gifts under the Christmas tree could be a real challenge for families this holiday season.At Brookside Toy and Science, their basement has turned into a bunker full of toys.

KANSAS CITY, Mo. - The Kansas City Public School District's Board of Education voted this week to expand the district's Thanksgiving break. Following the vote, students, teachers and staff will now have the full week of Nov. 22-26 off. In a communication to district stakeholders, Superintendent Dr. Mark Bedell said the change will hopefully allow for more reconnecting and recharging.

KANSAS CITY, Mo. - Some of the world's best rock bands started by touring in a van, and three brothers from St. Joseph, Missouri, are looking to follow that same roadmap. Radkey's journey has already included pit stops alongside some of the most famous artists around, albeit full of twists and turns.

Hide Transcript Show Transcript FORECAST SO YOU'LL KWNO FIRST. THIS IS FIRST ALERT WEATHER. IT WAS COOL A NICE. NICE COOL RIGHT ON THEIR FE TRUCK, TOO AND YOU KNOW IF GIVEN A CHOICE THEY SAY LIMOUSINE OR FIRE TRUCK. OH IO G WITH FIRE TRUCK. SEE THERE VERY, YEP.