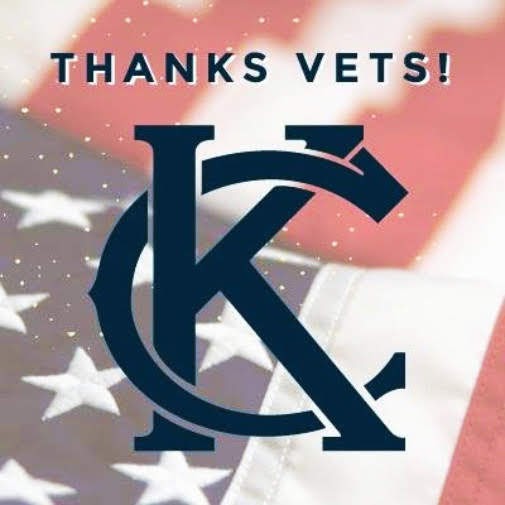 There's no snark and very little politics in this post.

We merely want to take a moment to acknowledge Veteran's Day and offer news and info from this discourse for late night readers.

By Max Goodwin The Veterans Community Project has been so successful in its mission to provide housing and walk-in support services to veterans in need that the program has been expanded to St. Louis, Colorado, and the newest community, announced on Veterans day will be in Oklahoma City.

KANSAS CITY, Mo. - 4 Hands Brewing hosted its 10th anniversary party on Veteran's Day at Bier Station, highlighting a fundraising component for the Veterans Community Project. Ten was the theme of the evening. 4 Hands featured 10 taps for 10 years with a goal of raising $10,000.

Today is the first Veterans Day since the Trump administration's ban on transgender service members was lifted. Four days after taking office, President Joe Biden signed an executive order repealing the ban, allowing LGBTQ Americans to fully participate in military service. "America's strength is found in its diversity," the White House said in a statement at the time.

Former President Donald Trump promised that "we'll be back stronger than ever" while delivering a Veterans Day message from a room resembling the Oval Office. "On this Veterans Day I'd like to pay tribute to all of those incredible people-and you are indeed incredible people-who serve so well and so strong and so powerfully in the United States Armed Forces," Trump said during a video.


'You are the very spine of America': Biden honors those who served on Veterans Day in Arlington

President Joe Biden honored Veterans Day at Arlington National Cemetery on Thursday, paying homage to Americans who have served and laying a wreath at the Tomb of the Unknown Soldier.

KANSAS CITY, KS (KCTV) -- Nothing in the civilian world is quite like combat in a war zone, but a local veteran who serves mental health patients -- military and otherwise -- says the pandemic is now exposing civilians to some of the same emotional trauma veterans have been dealing with for years.