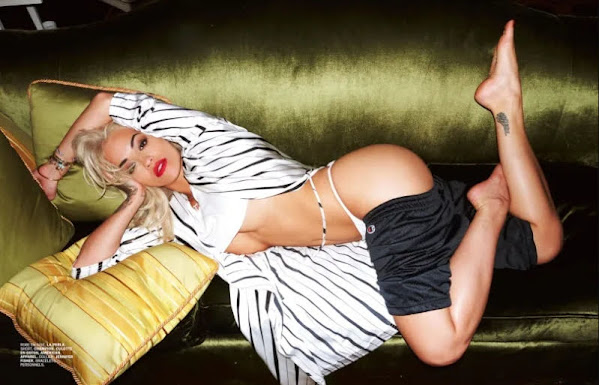 Right now we take a peek at hottie Rita in a not so long ago photo set from her debut as a movie star & music diva . . . And that inspires our TKC collection of pop culture, community news and top headlines.

KANSAS CITY, Mo. - Consumers shopped their way through Black Friday spending billions online and at national department stores. Now, the focus shifts to small businesses. Because of COVID fears and mandates, many retail mom and pop shops barely made it through last Christmas.

One killed in Gladstone apartment fire


Local Help For The Troops

For the first time, the VA is helping some veterans with PTSD get service dogs

For years, advocacy groups have said veterans suffering from PTSD could benefit from specially trained service dogs. Now, with new research in hand and the backing of Congress , the Department of Veterans Affairs is set to begin a pilot program that will put service dogs into the homes of veterans without cost.

Every decade, Missourians attempt to draw new statewide legislative maps based on the latest census count. Like clockwork, this effort leads to accusations that one party or another is trying to gerrymander districts for political gain. In Northwest Missouri, the concern might be based less on partisanship than simple arithmetic.

KANSAS CITY, Mo. - A lot of people are travelling this weekend, and the FBI, Kansas City Aviation Department and Kansas City Police want to make sure a prank doesn't lead to tragedy. Pilots face all kind of danger in the air.

Rita Ora Poses Topless For Most NSFW Photoshoot Yet

Remember when Kim Kardashian broke the internet with her naked Paper magazine cover back in 2014? Well, Rita Ora looks set to follow in her footsteps after unveiling her latest photoshoot. The ' X Factor ' judge has posed topless on the cover of French magazine, Lui.

President Joe Biden was spotted shopping inside a store over the weekend without wearing a mask which he has repeatedly urged Americans to wear. The president was seen inside Murray's Toggery Shop on the island of Nantucket Saturday with his mask around his neck and not covering his mouth despite a visible sign outside the door instructing patrons to wear a mask.


In Defense Of The Veep

An attack on Kamala Harris for buying expensive French cookware rebounded on the Republican party over Thanksgiving, moving social media users to compare the vice-president's culinary outlay with the cost to taxpayers of Donald Trump's four years in power.

The audience of right wing media such as Fox News, Newsmax and One America News Network wants little to do with resisting Trump... Republicans who don't get news from these networks are far more unfavorable to the former President.

World is put on high alert over the Omicron coronavirus variant

Dutch health authorities are investigating whether 61 people traveling from South Africa who tested positive for Covid-19 on Friday were infected with the new and potentially more transmissible coronavirus variant known as Omicron.

Israel is to ban foreigners from entering the country for 14 days and use surveillance to halt the spread of the new Covid strain, local media report. The ban is expected to come into effect at midnight on Sunday, following full cabinet approval.


Hottie Bastes In The Buff

Prime Social Rooftop has opened on the 16th floor of 46 Penn Centre on the Country Club Plaza. The upscale cocktail bar is the first of two concepts by Ohio-based Cameron Mitchell Restaurants that are opening in the building at 4622 Pennsylvania Ave. The 5,500-square-foot space offers eastern and southern views of the Country Club Plaza.

Warm, poignant, witty, whip-smart, and heartfelt - all words that describe the works included in Kansas City Actors Theatre lineup of plays selected for 2022-2023. This is KCAT's 18th Season of productions, showcasing the leading professional theater talent in Kansas City.

by: PJ Green Posted: / Updated: KANSAS CITY, Kan. - Real Salt Lake swept the regular-season series against Sporting KC. With much history preceding these Western Conference rivals, this matchup is sure to have Children's Mercy Park full of loud fans on Thanksgiving weekend.

KANSAS CITY, MO (KCTV) --- Two Kansas City Chiefs players were fined by the NFL on Saturday for unsportsmanlike conduct. Chiefs running back Clyde Edwards-Helaire was fined $10,300 after pointing at a Dallas Cowboys defender on his way to a touchdown. Edwards-Helaire was penalized in the game.

Kansas City will be milder but cool in the morning. Things start off in the 40s, get much nicer and then get colder as evening sets in. Conditions are breezy, sunny and relatively warm in the afternoon on Saturday. The high temperatures will be in the lower 60s.

Rita Ora - Only Want You is the song of the day and this is the OPEN THREAD for right now.