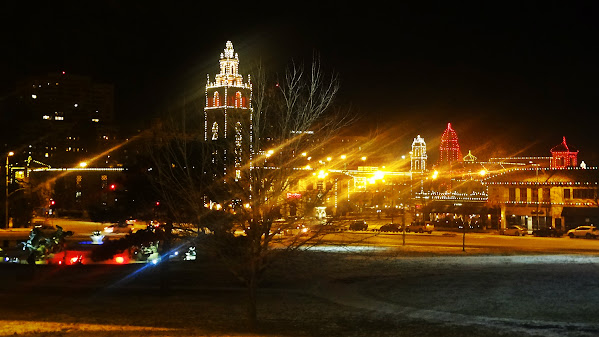 Police and organizers are working quickly to reassure locals after a horrific American Christmas tragedy.

According to KCPD, all routes into the Country Club Plaza core will be cut off and barricaded approximately one block in each direction.

A variety of barricades, including ATA buses, water barricades and other visual deterrents will be used to block the roads, with officers monitoring each barrier.

Traffic will continue to flow on the outside perimeter of the Plaza.

KANSAS CITY, Mo. - Members from around the Kansas City community will gather to kick off the holiday season Thursday from 5-8 p.m. at the Evergy Plaza Lighting Ceremony . After five people were killed and 48 were injured Sunday when a man drove an SUV through the crowd of a Wisconsin Christmas parade , the Kansas City, Missouri, Police Department detailed plans to keep the lighting ceremony safe.

Kansas City's Thanksgiving tradition continues Thursday with the 92nd Annual Evergy Plaza Lighting Ceremony.Here's everything you need to know about Kansas City's kickoff to the holiday season:Main Stage:If you're going down to the Plaza to watch, the stage will be located at the intersection of Nichols Road and Pennsylvania Avenue.