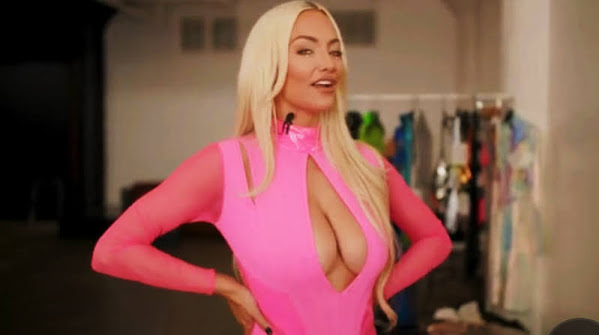 Tonight a bit of promo from hottie Lindsey inspires us to fashion a quick peek at pop culture, community news and top headlines.

A federal appeals court with a GOP-appointed majority will decide the fate of President Joe Biden's vaccine and testing requirements for private businesses, casting further doubt on the survival of a policy the White House says is central to the fight against Covid-19.

President Biden and Chinese President Xi Jinping agreed to arms control talks as the communist nation looks to beef up its nuclear stockpile, national security adviser Jake Sullivan said Tuesday. The world leaders held their most extensive talks to date Monday with a virtual three-hour meeting, during which Biden raised the need for "strategic stability" as tensions with China remain heightened.

Border Hot Mess Around The World

Here's what it's like for migrants trapped between Belarus and Poland

For months, the government of Belarusian leader Alexander Lukashenko has accelerated the number of visas it grants migrants seeking refuge from war and poverty in the Middle East, Africa, Asia and beyond. But the visas aren't being issued with the intention of letting the migrants stay in Belarus.

WASHINGTON (Reuters) -Donald Trump's lawyers on Tuesday urged a judge to block a House of Representatives panel from getting the former U.S. president's tax returns, calling it an invasive and politically motivated request. Trump was the first president in 40 years not to release his tax returns as he aimed to keep secret the details of his wealth and activities of his family company, the Trump Organization.

Lady Gaga fell victim to a revealing wardrobe mishap on Monday evening as she left her appearance on The Late Show with Stephen Colbert. The 35-year-old mega star accidentally exposed her nude underwear while wearing a black dress with a high leg slit that caught wind as she left NBC Studios in New York City.

A couple of weeks ago, Tap List noted local communities that made a "best of" beer cities list. One of those cities, Overland Park, made the list due to its sheer density of craft beer-centric bars, even though it doesn't have a single brewery within its city limits. That's about to change.

Sophistication is on the menu as Canary Bar and Bistro unveils its first holiday pop-up, Silver Bell Supper Club, a nostalgic cocktail and culinary experience set to pour hope for a pandemic-fatigued Kansas City and inspired by a classic Christmas film. "We're going for a chic Christmas vibe.

A House bill in committee since late September proposes to substantially upgrade the nation's official severe weather alert system, which is aging and full of gaps. The National Oceanic and Atmospheric Administration (NOAA) Weather Radio Modernization Act of 2021 would improve coverage of severe weather alerts and add a backup system for damaged transmitters.