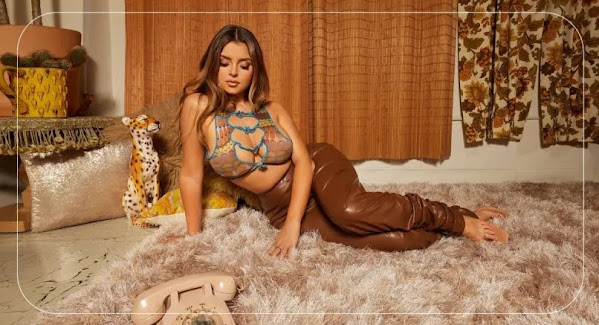 Tonight, hottie Demi and her curvy retro look inspires us to take a peek a pop culture, community news and top headlines in this comprehensive collection of just about everything on our mind right now.

Even better, this one post has pretty much more local content and items of interest than most other news outlets in this cowtownn.

Vaccination clinic to be held outside Arrowhead Sunday

KANSAS CITY, MO (KCTV) -- For those wanting to get vaccinated against COVID-19 or receive a booster, a vaccination clinic will be held outside Arrowhead Stadium before Sunday's game. The University of Kansas Health System will be hosting the clinic from 11 a.m. until 3 p.m.

Commissioners in Wyandotte County are set to vote Thursday night on whether to extend the county's mask mandate until Jan. 6. It's one of the last areas in the Kansas City metro to still require masks indoors. KMBC 9 talked to several people in Kansas City, Kansas, who say they hope the mandate is extended, and that COVID-19 is still a serious threat.

The Midwest saw a record rise in the number of agricultural guest workers this year helping out on farms, in meatpacking plants and with landscaping companies. That jump fits with a national trend. The Department of Labor says the U.S. let in a record number of H-2A visa workers this year.


Parents In The Dotte Get Involved

KANSAS CITY, Kan. - On Tuesday, community leaders, elected officials, educators and officers came together to work on changing high school culture in Kansas City, Kansas. Organizers say it was a plea for volunteers to come forward, and connect with students, with hopes of taking that weight off their shoulders and end the violence.


History In The Making

by: Heidi Schmidt Posted: / Updated: KANSAS CITY, Kan. - The Unified Government certified Tyrone Garner as the next mayor/CEO of the United Government of Wyandotte County and Kansas City, Kansas. The final tally for the election was a difference of just 398 votes: Tyrone Garner, 8,531 David Alvey, 8,133 The Board of Elections said Garner added an additional 89 votes since election night.

TOPEKA, Kan. (WIBW) - Kansas lawmakers have urged action as supply chain shortages affect Thanksgiving as well as auto manufacturers. Kansas Democratic Governor Laura Kelly says she joined a bipartisan coalition of governors from across the nation to urge Congressional leadership to approve full funding of the Creating Helpful Incentives for the Production of Semiconductors for America Act.

University of Missouri System to require staff to be vaccinated

As leaves fall with a vengeance, Kansas City residents look ahead to added pick-up day

KANSAS CITY, Mo. - Nice skies around Kansas City but the ground below it is a bit of a mess. It's extremely likely that if you have not obsessively been tending your yard, a blanket of leaves is now smothering your grass which is need of a good raking.

She is a successful influencer known for her jaw-dropping curves. And Demi Rose looked incredible as ever as she posed for a stunning new photoshoot for PrettyLittleThing as she releases her November Edit. The model, 26, displayed her famous figure in a variety of outfits including a black bra with a knot detail and a matching wrap skirt.

At just 36% support, Biden slips to a record low in a new poll

President Biden's poll numbers keep heading in the wrong direction. The president's approval rating stands at 36%, with disapproval at 53% in a new Quinnipiac University national poll. That's the president's lowest level of public support in Quinnipiac polling since taking over in the White House in January.


News Boss To MAGA: Move On

Rupert Murdoch urges Donald Trump to stop dwelling on the past

Even Fox Corporation boss Rupert Murdoch appears tired of hearing Donald Trump whine about the 2020 election he lost by more than 7 million votes, yet continues to insist he won. Calling the current discourse in American politics "profound," the 90-year-old mogul told shareholders it's "crucial that conservatives play an active, forceful role in that debate."

​White House press secretary Jen Psaki said Wednesday that racism and sexism are at the root of negative critiques of Vice President Kamala Harris - and ​argued that the lack of news conferences by President Biden is a problem for the media rather than the American public.

Judge Bruce Schroeder, who is presiding over the Kyle Rittenhouse trial in Kenosha, Wisconsin, announced on Thursday that he has banned MSNBC from the courtroom for the remainder of the trail. Why? He isn't sure. In explaining his decision, Schroder said that someone names James G.

Dr. Anthony Fauci warned in an interview Wednesday that hospitalizations are increasing among fully vaccinated Americans who get breakthrough cases of COVID-19, but he stressed that unvaccinated people are still by far the most vulnerable to the disease.


Boar On The Floor

HONG KONG (AP) - Hong Kong authorities have had enough of wild boars. An increasing number of attacks by the animals, including one that bit a police officer last week, triggered an operation Wednesday night in a district less than half an hour's drive from Hong Kong's financial center.

Pete Davidson is officially going to have to keep up with the Kardashians. Page Six has exclusively learned that the Skims founder, 41, and the "Saturday Night Live" star, 28, are officially dating. The news of their budding romance comes after several dates in Davidson's native New York City and Kardashian's hometown of Los Angeles.

OLATHE, Kan. - A barber in Olathe is hoping to spread holiday cheer this season by feeding more than 230 families for Thanksgiving. This comes as experts believe that this Thanksgiving could be the most expensive holiday meal in history. That's due to the increase in many essential items like canned goods and turkeys.

KANSAS CITY, Mo. - FedEx is preparing for the holiday shipping season, which means they're hiring. The shipping company plans to hire more than 3,500 employees in Kansas City to help with the holiday rush. Both part-time and full-time package delivery handlers are needed and there is potential to remain with the company moving beyond the holidays.

The Kansas City Chiefs' regular season is 10 weeks old - about the same amount of time it's been since any mention of safety Tyrann Mathieu's ongoing contract discussions. Mathieu is currently playing in the final year of his three-year contract.


Gogh See It For Yourself

Hide Transcript Show Transcript STARLIGHT THEATER VAN GOGH ALIVE. THIS IS THE WORK OF RENOWDNE ARTIST VINCENT VAN GOGH, BUT HERE IT'S LIKE WALKINGNS IIDE HIS PAINTINGS AND IMMERSIVE EXPERIENCE THE IMAGESHE T MUSIC EVEN THE SMELLS ALL BASED ON HIS LIFE.

The story behind the best-selling popcorn tin of all time, from KC's own Topsy's

The history of the popcorn tin, as told by Topsy's president Bob Ramm.

Billboard #1 in 1981 Olivia Newton-John - Physical is the #TBT song of the day and this is the OPEN THREAD for right now.