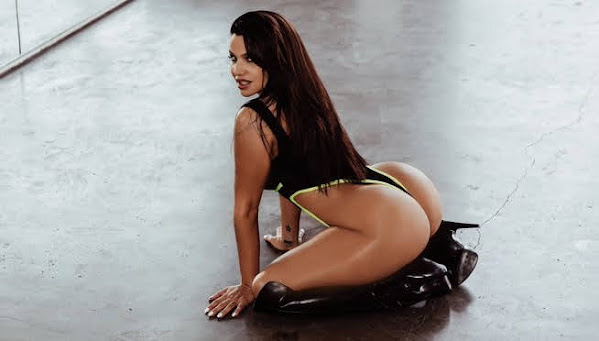 Right now we share a peek at eternal hottie Vida along with a glimpse at pop culture, community news and top headlines.

Navigate holiday travel through KCI Airport with these insider tips

by: Heidi Schmidt Posted: / Updated: KANSAS CITY, Mo. - This Thanksgiving will be much different than it was in 2020, including what travelers flying out of, or through, KCI Airport will experience. The Transportation Security Administration predicts that 20 million people will travel by air this week.

With the help of local volunteers, the Kansas City Public Library is working to add more information about historic Black Kansas Citians to Wikipedia, as part of a larger effort to close the site's gap in representation.


Ahead Of Local News

For many of us, but certainly not all, this is going to be a short week. As we mark the Thanksgiving holiday on Thursday, many Kansas City employers are giving additional time off to their workers. That includes school districts that are adding what they're calling well-being or recovery days.

KANSAS CITY, Mo. - A new partnership is working to provide more for Black entrepreneurs in the Kansas City metro. G.I.F.T is one of those organizations. The nonprofit, which stands for Generating Income for Tomorrow, works to provide financial resources for and wrap-around services for Kansas City Black businesses, specifically businesses operating in low-income areas.


The Dotte Suffers Another Murder

by: Juan Cisneros Posted: / Updated: KANSAS CITY, Kan. - The Kansas City, Kansas Police Department has identified the woman shot and killed on November 17. Emileigh Wilson, 23, of Atchison, Kansas, was found dead in a vehicle near 15th Street and Walker Avenue.

As we roll into the final weeks of 2021, we're asking you to consider the value of everything you hear on 90.9 The Bridge. We'll thank you with a deck of Bridge Playing Cards!

Vixen Vida Guerra is really defying her own age. The veteran hip-hop model went online this week to stun fans at 46-years-old courtesy of a couple new swimsuit pics looking at least half her age. Look and comment below!

President Biden is again being accused of exaggerating his past, this time for saying that his Delaware home once burned down with the first lady inside - while local officials have said it was just a small kitchen fire. The commander-in-chief raised the 2004 blaze last week during remarks at a rusty New Hampshire bridge promoting his just-enacted infrastructure plan.

Judge blames Jan. 6 on Trump, tells rioter he was 'a pawn'

Over the course of 2021, there have been hundreds of arrests and dozens of trials involving defendants accused of attacking the Capitol on Jan. 6. In many instances, judges have condemned the seriousness of the insurrectionist violence in no uncertain terms, while taking rioters to task for participating in an attack against our democracy.

Kyle Rittenhouse's claim that he is "not a racist person", made to Tucker Carlson, landed in an atmosphere of controversy and condemnation ahead of the interview airing in full on Fox News on Monday night.

Austria became on Monday the first country in western Europe to reimpose lockdown since vaccines were rolled out, shutting non-essential shops, bars and cafes as surging caseloads raised the prospect of a third winter in deep freeze for the continent.

White House health officials are set to announce on Monday that 95% of the federal workforce is in compliance with the Biden administration's vaccine mandate, a senior administration official said.

Rage across Europe as Covid lockdowns and curbs trigger riots

As Europe endured fresh violence, in Britain, Sajid Javid insisted that no such measures were necessary, saying he hoped that people can " look forward to Christmas together ". The Health Secretary played down the likelihood of tougher curbs being introduced in England despite cases surging on the Continent.

At the Poland-Belarus border, efforts to ease suffering among migrants

BIALYSTOK, Poland -- In a dark, cold Polish wood, Ahmad Al Hasan's coffin was lowered into a freshly dug grave. It was early evening but already pitch black in the cemetery outside the village of Bohoniki, a few miles from Poland's eastern border.

The House passed the Democrats' massive social spending and climate plan Friday morning in a 220-213 vote, capping off months of negotiations that were marked by internal party clashes and deliberations between both ends of Pennsylvania Avenue.

KANSAS CITY, Mo. -- This wasn't about an opponent missing some star players. This was about a hungry defensive line applying relentless pressure, an aggressive secondary suffocating potential targets and a defensive coordinator finding his fastball again. We've spent much of the season wondering if the Kansas City Chiefs defense could stop being a liability for this team.

The 2021 Chiefs: from 'broken' to first place in less than a month

A month ago, the Kansas City Chiefs were licking their wounds after a 27-3 obliteration at the hands of the Tennessee Titans - which dropped the record to 3-4. They were tied for the worst record in the AFC West, trailing the Las Vegas Raiders and Los Angeles Chargers by two games.

KANSAS CITY, Mo. - The Kansas City Chiefs are HOT. Well, they're warm. The Chiefs are currently on a four-game winning streak after defeating the Dallas Cowboys 19-9. After a 3-4 start, this is exactly where the Chiefs needed to get to right their season.

Band of Horses - "Crutch" bis the song of the day and this is the OPEN THREAD for right now.