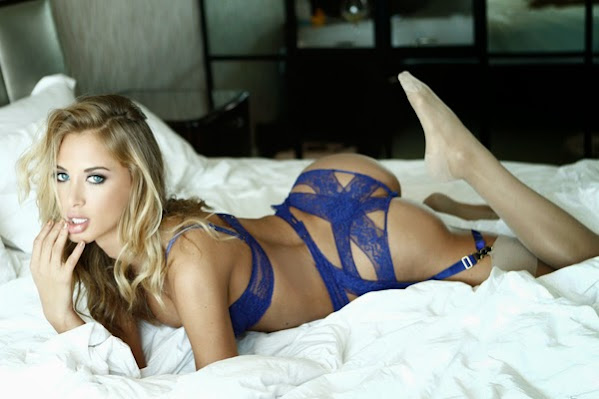 Actually, we're still sorting things out behind the scenes but certainly getting closer.

Right now in order to assist the Kansas City discourse and share all manner of news impacting the plebs, we share a peek at one of our favorite lingerie hotties along with more pop culture community news and top headlines . . .

Explaining City Hall For The Uninitiated

The ABCs of tax incentives in KC: TIFs, PIEA, LCRA and more

Delivered every Tuesday and Thursday morning A donation to The Beacon goes beyond the newsroom. We amplify community voices, share resources and investigate systems, not just symptoms. The Beacon in your inbox. In-depth reporting delivered every Tuesday and Thursday morning. Economic development in Kansas City can seem like its own language: LCRA.

LENEXA, KS (KCTV) -- One person is dead after a train collision Monday morning in Lenexa, authorities say. Police and emergency crews responded at 8:44 a.m. to the train tracks at 87th Lane and Woodland Road in response to the deadly collision.

When people are checked into the Clay County Detention Center, they all have to pay an intake fee of $8. But for women on their periods, entering the jail used to cost them extra. Incarcerated women at the facility used to be charged about $6 for two packages of 12 pads.

Photo by conscious design People are growing more aware of the need to be more environmentally conscious, and composting is one of the best ways to reduce individual food waste and harmful methane emissions. However, composting can be tricky and is tough for those without yards to accomplish.

Sarah Smith to retire as president and general manager of KMBC-TV/KCWE-TV, Kansas City

copyShortcut} to copy Link copied! Sarah Smith, who, since 2011 has served as president and general manager of KMBC-TV and KCWE-TV, the Hearst Television ABC and CW affiliates, respectively, serving the Kansas City television market, will retire at the end of 2021 from her highly successful television career.

Goodbye To Granny Pants? Super Sexy Lingerie Is Taking Over Our Top Drawers

The lockdown fashion headlines would suggest that we have been living in big cotton briefs - the kind of comfies Carrie Bradshaw wears while brushing her teeth with Big in Sex and the City - but at some lingerie labels, it's a very different story.

Omicron variant is 'cause for concern, not a cause for panic," Biden says

President Biden on Monday said the new omicron variant of coronavirus is a "cause for concern, not a cause for panic," while maintaining that his administration's plan to combat COVID-19 this winter will not involve "shut downs or lock downs," but rather a strategy for more widespread vaccinations.

Fauci says Ted Cruz should be prosecuted for Capitol riot

Anthony Fauci, the US government's top infectious diseases expert, has suggested that Republican senator Tez Cruz be prosecuted for the 6 January Capitol riots. Dr Fauci's remarks come after some Republicans, including Mr Cruz and Rand Paul, accused him of lying to the Congress when he denied that the National Institutes of Health funded the "gain of function" research at the Wuhan Institute of Virology in China.

Dr. Anthony Fauci escalated his spat with some lawmakers over the nation's COVID-19 response by claiming they oppose " science." Fauci has served as the face of the government's pandemic response, putting him at odds with lawmakers who remain critical of that response. Sen.

Former Secretary of Defense Mark Esper has filed suit against the Pentagon, which he says has ordered him to redact portions of an "unvarnished and candid memoir" that he hopes to publish about his days in the Trump White House.


Literally Living In A Box

When the Czech President Milos Zeman formally appointed Petr Fiala as the country's new Prime Minister on Sunday, he did so sitting inside an acrylic glass box accompanied by health workers covered head to toe in hazmat suits.


Some Still Trapped In The 90s

First lady Jill Biden's holiday decorations drew some jeers Monday, with one user wondering, "Where's the color?," another slamming the White House Christmas tree as "ugly" and a third pining for the more glitzy touch of Biden's predecessor, Melania Trump.

Source: Jeff Spicer / Getty Rihanna recently bared all in her latest Savage X Fenty offering designed just in time for the holidays. The singer and billion-dollar cosmetic beauty giant took to Instagram live over the weekend where she gave fans a peek at her derriere sporting the lingerie line's new Tied Up Tartan Open-Back PJ Pants.


Toast To Season Of Boozing

For the last few years, Kansas City has seen over-the-top holiday bar experiences pop up between Thanksgiving and New Year's Eve, promising extravagant holiday décor paired with delicious drinks and seasonal bites. This year, however, it seems like this trend has finally become a tradition in Kansas City.

KANSAS CITY, Mo. - The AFC West is up for grabs Sunday night when the Denver Broncos step into Arrowhead to face the Chiefs. Positioning in the conference isn't the only thing that will be in question that evening. There's also a big I-70 BBQ Bet on the line.

The Chiefs' playoff chances have improved on more than one level

After seven weeks of the season, the Kansas City Chiefs were in trouble. Picked by many in the preseason to make their third consecutive Super Bowl, they had a record of 3-4. Many fans had already decided that the team had no chance to return to the championship game - or perhaps even make the postseason.

Hide Transcript Show Transcript WEEKEND. AND TODAY IS ONE OF THEM A STRONG SOUTH WIND WILL HPEL BRING OUR TEMPERATURE TODAY UP TO 68 DEGREES IN KC OUR KANSAS.

Sleater-Kinney - Worry With You is the song of the day and this is the OPEN THREAD for right now.