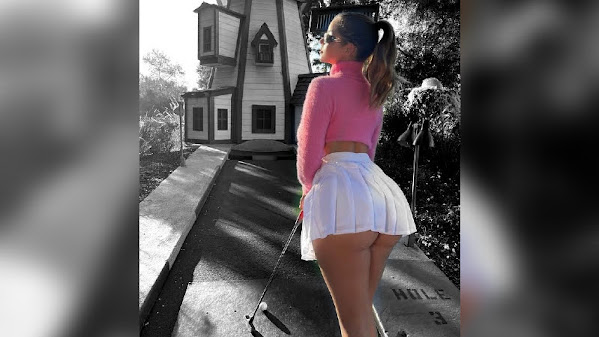 We're trying to get back in the swing of things but it's hard. Accordingly, right now hottie Demi inspires us to check pop culture, community news and top headlines.

Ladies Get Kick Out Of Booze

KANSAS CITY, Mo. - Boulevard Brewing Company has created a new brew to honor the newly named Kansas City National Women's Soccer team - the Kansas City Current. The beer is called Teal Rising, and it is a 4% ABV Proud Pilsner, according to a Boulevard news release.


Newsflash: Politics Is Tough In Kansas

WICHITA, Kansas - The notion of low-key elections in Kansas during odd-numbered years - largely spared the attack campaigns, mysterious money and blue-versus-red rancor - now feels so quaint. Instead, school board races carry talking points about race and mask orders that would feel at home on Fox News or MSNBC.

October 30, 2021 By Ryan Myers For many Raytown residents, 2017 was not a great year. Many people probably remember news headlines concerning budget cuts across all city departments, with a majority of the cuts resulting in a one-third reduction of the Police Department's funding.

Demi Rose gave her 18.3 million Instagram followers quite a treat today in her latest post. The 26-year-old model took to the photo-sharing app to upload a set of racy pictures in which she showed off her golfing skills, as well as her killer booty by rocking an extremely short skirt.

Biden calls climate crisis 'an existential threat', apologizes for Trump pulling out of Paris accord

President Biden on Monday warned that climate is "an existential threat to human existence as we know it," at the United Nations' COP26 conference, then apologized for former President Donald Trump's withdrawal from the Paris climate accord. Speaking from Glasgow, Scotland, Biden called for a "decade of transformative action" to "preserve" the planet, sayin that "the science is clear."

For Republicans looking to move their party beyond Donald Trump and expand its reach, Tim Scott would seem to be the perfect candidate for president in 2024.

The Supreme Court appeared inclined Monday to allow abortion providers to challenge a controversial Texas law that in effect bans all abortion after six weeks of pregnancy, which is before most women know they are pregnant. In more than three hours of oral arguments, the court heard two separate challenges from the U.S.

A plurality of Democrats say their party will have a better chance of keeping the White House in 2024 if they nominate someone other than President Biden Joe Biden White House unveils strategy for 2050 net-zero goal Southwest investigating report pilot said 'Let's go Brandon' on flight House Rules Committee won't meet Monday on reconciliation package MORE , according to a new poll out Monday.

The Washington Post refused to publish a Trump spokesperson's full response to its exhaustive, three-part investigation into the Jan. 6 riots, citing the statement's "unrelated, inflammatory claims." The Post report detailed events before, during, and after the insurrection, ultimately determining that law-enforcement officials turned a blind eye to warning signs ahead of the attack.

A Cook County judge ruled Monday that the city's vaccination mandate can remain in place for now, but unionized Chicago Police Department employees can't face consequences for not getting vaccinated until the policy goes through arbitration.

The global death toll from COVID-19 topped 5 million on Monday, less than two years into a crisis that has not only devastated poor countries but also humbled wealthy ones with first-rate health care systems. Together, the United States, the European Union, Britain and Brazil - all upper-middle- or high-income countries - account for one-eighth of the world's population but nearly half of all reported deaths.


Small World After All

As Halloween nightmares go, it's going to take a lot to beat this. Some 34,000 fun-seekers were thrown into lockdown at Shanghai's Disneyland Sunday night, after a single case of COVID-19 prompted police to blockade the exits and test every single person in the park before allowing them to leave.

Shanna Moakler has revealed how True Romance had a special meaning to her and ex Travis Barker She walked down the aisle to a song from the movie at their wedding, and they even named their daughter after Patricia Arquette's character Shanna also revealed their first dance was a love

Can Tyrann Mathieu's passion drag the Kansas City Chiefs to the playoffs?

6:00 AM ET Adam TeicherESPN Staff Writer Close Covered Chiefs for 20 seasons for Kansas City Star Joined ESPN in 2013 KANSAS CITY, Mo. -- Tyrann Mathieu used the pause provided by a two-minute warning during the first half of a Week 6 win over Washington to voice his displeasure with the Kansas City Chiefs' defense.

Here is a little cafe in Kraków's Old Town: Its neat tables spill out into the street, waiters in starched aprons bustle about with wine bottles, and dishes that have sold out are crossed off the chalkboard menu. I idled there for an entire afternoon several years ago, sipping coffee and Zubrówka.

The Kansas City native describes himself as a Ted Lasso-esque optimist when it comes to our city. Stephens has held many roles that have allowed him to contribute to making Kansas City a vibrant, creative, and growing global city. At Port KC, he's the president and CEO, and in his spare time, Stephens volunteers in...

Kenny Chesney has announced that his new stadium tour, the Here And Now Tour, will bring the musician back to Arrowhead Stadium and Kansas City, Missouri.

Our evening skies will stay cloudy to mostly cloudy even after the light rain and snow mix tapers off. If you are heading outdoors, you will need several layers to block the cold and rather humid air from stealing your body heat as area temperatures fall into the upper 30s after sunset before slipping into the middle 30s by daybreak Tuesday morning.

Big Sean, Hit-Boy - Loyal To A Fault is the song of the day and this is the OPEN THREAD for right now.