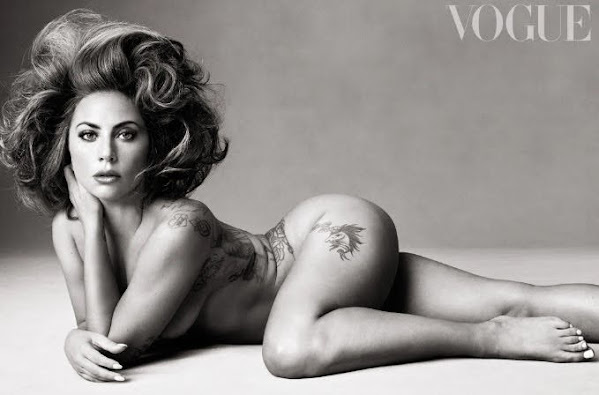 Tonight a hottie diva in the buff helps us keep pace with links that are still worth a peek as we survey pop culture, community news and top headlines.

Whiteman Air Force Base to increase aircraft flights this week

KANSAS CITY, Mo. - Residents in mid-Missouri might see an increase in military aircraft flights this week as part of an exercise at Whiteman Air Force Base. The exercise, dubbed Global Thunder 22, is an annual preparedness and readiness exercise that is part of U.S. Strategic Command.

A groundbreaking was held this morning at Independence Plaza Park where a new $1.2 million capital improvement infusion will bring upgrades to the park on both side of Independence Boulevard. The improvements, funded primarily by the $30 million Paseo Gateway Project and the Choice Neighborhoods Initiative, include a futsal court, a walking trail, fencing and lighting enhancement, and a universally accessible playground for children, regardless of their degree of mobility.

by: Brian Dulle Posted: / Updated: RAYTOWN, Mo. - An investigation is underway after a weapon was found Monday at a Kansas City area high school. Raytown South High School Principal Kevin Overfelt sent a letter to parents saying they were made aware of a report of a weapon on campus Monday morning.

Two life science and agribusiness oriented projects are intended as the chemical catalyst for a larger $5 billion mixed-use development in south Kansas City. Jim Stowers III, owner of Oxford Cos. LLC, and Ryan Cos. anticipate 2022 groundbreakings on a 120,000-square-foot life science and office building and a 100,000-square-foot commercial greenhouse and farmer's market on 325 acres northwest of Interstate 435 and 87th Street.


Kicked To The Curb

KANSAS CITY, Mo. - The former head coach of the Blue Valley North boys soccer team says a post-game gathering of coaches, players and parents that involved alcohol resulted in the firing of four soccer coaches at the school.


Singer Shows It All

Lady Gaga is the latest superstar to snag double covers of fashion's bible. The pop phenomenon, 35, fronts the December issue of British Vogue as well as November's edition of Vogue Italia, in a fittingly dramatic shoot by famed photographer Steven Meisel.

The House select committee investigating the deadly January 6 riot on Capitol Hill announced Monday it is issuing six additional subpoenas to top Trump campaign associates as it continues to seek testimony and documents from key witnesses in the sweeping probe.

White House correspondent April Ryan was ridiculed on Monday after asking Transportation Secretary Pete Buttigieg about the racism "built into the roadways." During the White House press briefing, Buttigieg was taking questions about the bipartisan infrastructure bill, which passed through Congress last week.

Big Bird got 'vaccinated' against COVID-19, drawing outrage from Republicans

subscribe to The NPR Politics Podcast podcast Big Bird ruffled some conservatives' feathers this weekend by announcing that he had been vaccinated against COVID-19. The beloved Muppet tweeted on Saturday that he had gotten the shot, which is newly available for Americans between the ages of 5 and 11.

"For far too long, sailors like Lt. Milk were forced into the shadows or, worse yet, forced out of our beloved Navy," Del Toro said. "That injustice is part of our Navy history, but so is the perseverance of all who continue to serve in the face of injustice."

What Dr. Fauci sees coming for the pandemic this winter

The United States has seen a decline in cases and hospitalizations since the summer's delta surge - but the decline is declining. COVID-19 is still killing more than 1,000 people in the U.S. every day. New cases still hover around 72,000 per day - and infections are actually trending up in some pockets of the country, including parts of the Mountain West and the Northeast.

PARIS, Nov 8 (Reuters) - France's Catholic Church said on Monday it would sell real estate and, if needed, take out loans to set up a fund to compensate thousands of people sexually abused by clergy. A major investigation found in October that French clerics sexually abused more than 200,000 children over the past 70 years.

CNBC's Jim Cramer said the rally in infrastructure-related stocks Monday demonstrates the growing influence of retail investors on Wall Street. The "Mad Money" host expressed surprise that companies such as steelmaker Nucor and construction materials supplier Martin Marietta moved solidly higher during Monday's session, which was the first since the House of Representatives passed a more than $1 trillion infrastructure bill late Friday.

Caitlyn Jenner Opens Up About Current Relationship with Ex Kris Jenner: 'I Wish It Was Closer'

Caitlyn Jenner and Kris Jenner separated in 2013 after 22 years of marriage During Monday's episode of Big Brother VIP, the former Olympian, 72, opened up about where things stand between the exes. "From my standpoint, our relationship is not as good as it should be," Caitlyn told one of her housemates in a clip obtained by the Daily Mail .

Like the fruit she's singing about, Lorde has dropped a new music video for "Fallen Fruit." Dropped ... fallen ... get it? Anyway, the visuals for the song find Lorde back on the island from the "Solar Power" video, walking through the forest and along the beach (though not "together" or with "psychedelic garlands" in her hair as the lyrics promise).

What would you do this off-season if you ran the Royals?

The Royals are shuffling their front office again, and it's you who are now in charge! What would you do if you ran the Royals this off-season? You have seven players eligible for arbitration.

'This is a travesty in sports': Sporting KC's Peter Vermes blasts VAR after non-penalty call

KANSAS CITY, Kan. - Sporting Kansas City had the chance to come out of their Decision Day match against Real Salt Lake with the No. 1 seed in the Western Conference. In a match that came down to the wire, in the 89th minute, what seemed to be a clear handball by Real Salt Lake defender Justin Glad inside the penalty area was not called by referee Ted Unkel.

by: Heidi Schmidt Posted: / Updated: KANSAS CITY, Mo. - KC Bier Co. believes it has a perfect gift to get almost anyone into the holiday mood. The company's 2021 Advent Bier Calendar Box is now on sale for the Christmas season. The calendar features two bottles each of 12 different KC Bier Co.

Cloudy and mild tonight and Tuesday

Hide Transcript Show Transcript sunsets happen a little earlier because of daylight saving time going away until March of next year. But it's still a nice day, Still fairly warm as well as we got into the seventies and we're still at 70. Look at that a south wind at seven miles an hour humidity at 49%.

Lorde - Fallen Fruit is the song of the day and this is the OPEN THREAD for right now.