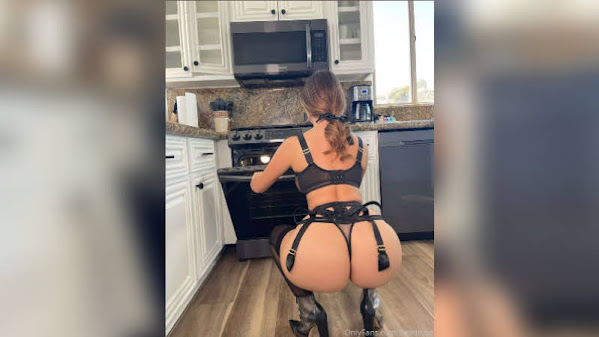 Right now hottie Demi helps us prep for the holiday as we share pop culture, community news and top headlines.

300,000 expected to travel through KCI airport around Thanksgiving

KANSAS CITY, Mo. - The ten days around Thanksgiving will see nearly 20-million travelers pass through U.S. airports. Airport managers say 300,000 travelers will use KCI Airport during that time. Both Delta and United Airlines say they expect Sunday to be the busiest air travel day since the start of the pandemic, and airport managers say they expect the same at KCI Airport on Sunday.

INDEPENDENCE, MO (KCTV) -- On Wednesday afternoon, the city of Independence announced that they already have a traffic plan in place for when a Whataburger opens there Monday. According to the city, the traffic changes will be implemented starting at 6 a.m. on Nov. 29.

Right-handed pitcher Wade Davis, who was a three-time All-Star and won a World Series championship with the Royals in 2015, announced his retirement from Major League Baseball today through his agency.Davis, 36, finished his career with the Royals this past year and also pitched for the club from 2013-16, which included recording the final outs of the 2015 World Series.

According to a memo obtained by KCUR, Smith would step down as police chief April 22, 2022 and be paid his normal salary through August. On Tuesday, Smith told media outlets and city officials he had no plans to leave the department.

The NFL and Rams will pay $790 million to settle lawsuit filed by the city of St. Louis

The NFL and Rams owner Stan Kroenke will pay $790 million to settle a lawsuit filed by St. Louis interests over the team's relocation to Los Angeles, a joint statement from St.

Kansas energy regulators are asking whether billions of dollars in planned energy projects by a company serving 1.6 million customers in Kansas and Missouri will lead to unnecessary electric rate increases. The Kansas Corporation Commission on Tuesday ordered Evergy to explain by Feb. 28 the $10.4 billion in expenditures it plans through 2025, the Lawrence Journal-World reports.

An abandoned railroad bridge in Kansas City, Kan., is getting a second life as an event space and food court, the latest example of property developers transforming outdated infrastructure into visitor attractions. The Rock Island Bridge crossing the Kansas River was built in 1905 to carry trains to and from a nearby stockyard but has been unused since the 1970s.

Demi Rose Flaunts 'Blessings' While Wearing Nothing But A Black Thong

Demi Rose is baring it all once again! The 26-year-old internet sensation treated her 18.6 million Instagram followers to another tantalizing update. The post appears particularly popular given that Demi was both topless and flaunting a thong that left very little to the imagination. See it below.

President Joe Biden said Wednesday the guilty verdicts in the trial for the killing of Ahmaud Arbery "reflect our justice system doing its job," but added, "that alone is not enough."

Rittenhouse stops at Mar-a-Lago for meeting with Trump

Since his acquittal last week on all charges stemming from the 2020 shootings that killed two people and severely injured another during Black Lives Matter protests in Kenosha, Wis., Kyle Rittenhouse has made several public appearances, granting sit-down interviews with cable news hosts Tucker Carlson and Ashleigh Banfield and meeting with former President Donald Trump at Mar-a-Lago, where he and Trump smiled as they posed for a thumbs-up photo.

The Buttigieg presidential buzz has penetrated the White House

While Buttigieg says he's not contemplating the race to be Biden's successor, inside the West Wing, others are imagining it for him. His name is sometimes discussed by aides as a natural Democratic presidential nominee in 2028 - or 2024 if the president opts not to run.

Pentagon to study UFO sightings in restricted US airspace

Several possible explanations were offered at the time, including advanced technologies from another nation like China or Russia, natural atmospheric phenomena - like ice crystals - that could register on radar systems, and "developments and classified programmes by US entities".

The head of the UN's nuclear watchdog has said he has failed to reach a deal with Iran over renewed access to key nuclear sites following talks in Tehran. Rafael Grossi, the director general of the International Atomic Energy Agency (IAEA), said the failure was seriously affecting both the agency's ability to do its work and the chances of a restoration of the 2015 Iran nuclear deal.

One man allegedly went too far when he was told his Little Caesars' pizza was not hot and ready, pulling an AK-47 on employees and demanding his food ASAP. "He points the gun up at me," former Little Caesars employee Kimberleigh Murrell said. "'Where is my pizza.


No Quit In Pr0n Star

Providing for those in need

Staffers and volunteers at the Mattie Rhodes Center on North Topping are busy this afternoon providing Thanksgiving meals to over 100 of their clients who are in need of food assistance. The fully cooked Thanksgiving meal was donated by the HyVee grocery store at N. W.

by: Heidi Schmidt Posted: / Updated: KANSAS CITY, Mo. - Union Station showed off it's Christmas decorations and walk-through Holiday Reflections experience. It doesn't open to the public until Friday, but some special visitors got a sneak peek of the village Wednesday afternoon.

Artist Greg Summers paints Kansas City as it once was

"See Them Passing By," one of Summers' works, reimagines a past view of 12th Street in KC. // Courtesy Greg Summers Greg Summers has been a professional artist since 1979, getting his first major opportunity with Hallmark Cards as a master engraver.

Shop Small: Five ways to give makers a smile as wide as the person opening your gifts from Shop Local KC

Startland News explored Shop Local KC in Midtown as part of the newsroom's five-part holiday gift guide that highlights locally owned shops and the makers within them. "Gifts are meant to make the people who we care about feel good, so why not spread that feeling to the local makers as well?"

Common - When We Move ft. Black Thought, Seun Kuti is the song of the day and this is the OPEN THREAD for right now.