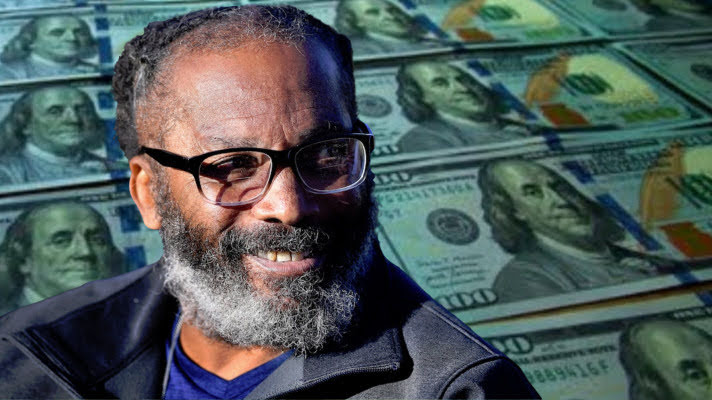 Yet another Kansas City tradition has been overshadowed by politics and culture war.

As objectively as possible, here's the situation . . .

Despite MILLIONS in support, many Kansas City residents plan to skip the Mayor's Christmas Tree lighting after the announcement of wrongly incarcerated Kevin Strickland was announced as the guest of honor.

This morning, here were some of the messages waiting for TKC . . .

"I plan to stay in Merriam, Kansas where our Mayor will celebrate Christmas accompanied by a choir. This event only interests me enough to remind me why visits to KCMO have become increasingly rare for my family."

"I want my kids to remember happy times with me . . . As a Black woman I feel the pain of this story and I'm not saying it shouldn't be covered. But it's not right for a Christmas celebration. The mayor should acknowledge it in a more appropriate venue . . ."

"So I guess it's another 'woke' Christmas for Mayor Q. What kind of message does this send? There are plenty of good charities out there but the mayor is holding up a murder suspect as a role model. It's a disservice to our community and it reinforces the lie that police planted evidence, which was a questionable theory at best. NO THANKS. Won't be going to this event."

For what it's worth and only for close readers . . . We want to remind everyone that the Mayor's Christmas Tree Fund is a great cause that formerly creative widespread sentiment of unity throughout the metro. In fact, the most legendary supporter of the event was a Jewish guy named Jerry Cohen who helped raise MILLIONS for charity and senior services throughout his tenure.

So, no matter how you might feel about tonight's festivities . . . Think about supporting the Mayor's Christmas Tree fund in order to help the less fortunate in Kansas City.

$1 million from donors, other offers of help show 'a consensus' in support of Kevin Strickland

A GoFundMe fundraiser to support Kevin Strickland has topped $1 million just days after he was freed from prison after spending 43 years incarcerated for a crime he didn't commit. A Missouri judge exonerated and ordered Strickland, 62, to be released from the Western Missouri Correctional Center on Tuesday.

by: Heidi Schmidt Posted: / Updated: KANSAS CITY, Mo. - There's a new reason to celebrate in Kansas City Friday evening. Mayor Quinton Lucas announced Thursday that Kevin Strickland will join him to turn on the lights for the Mayor's Christmas Tree at Crown Center. "God bless him.

Supporters have raised more than $1 million for a man who was exonerated earlier this week after serving 43 years in prison for a crime he didn't commit. Kevin Strickland, now 62, was wrongfully convicted in 1979 in the murders of three people who were killed when four men broke into a home in Kansas City, Missouri, and shot them.