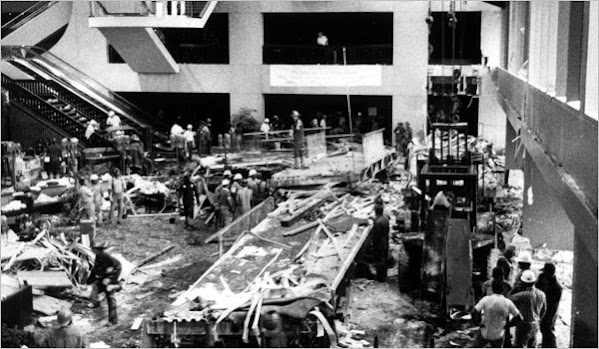 Kansas City's top faith writer offers his perspective on a tragedy that defined this cowtown.

"What strikes me all these years later about that catastrophe -- in which 114 people died and 200 more were injured -- is that ethical questions are at the heart of the story. Such moral questions were at the core of the failure of those who designed and built the skywalks to make sure that what they were constructing was safe and not fatally flawed.

"Time and again, people who should have noticed that the skywalks inevitably would come crashing down let things go by . . ."

The warm Friday night the skywalks collapsed in the Hyatt Regency Hotel at Crown Center in Kansas City, July 17, 1981, I, as was then my habit on Friday evenings, played in a softball game with colleagues from The Kansas...