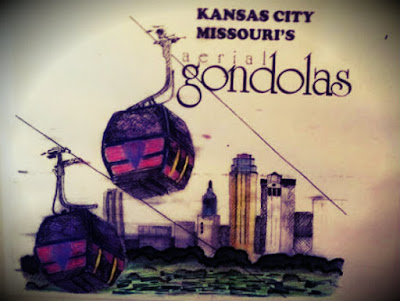 Locals without a memory might forget that gondolas to connect Kansas City was an idea championed by transit activist Clay Chastain and one of the first parts of his "green transit" crusade.

Now, officials in The Dotte offer their spin on the classic idea . . .

The overhead gondola connecting the two cities would resemble those you might see at a ski lift in Colorado.

Renderings show the terrain Kansas Citians have to cross each time they cruise over the state line.