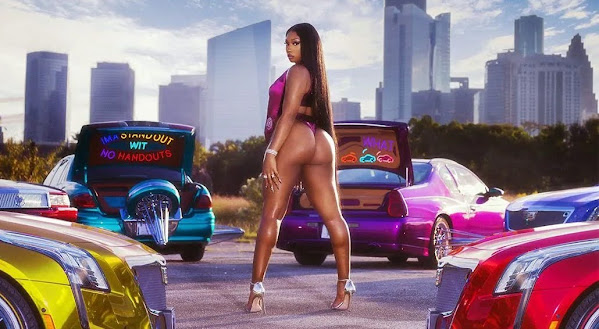 There's a ton of news coming in right now and we're inspired by a hip-hop diva who recently graduated college and serves as the muse for this collection of community news, pop culture and top headlines.

Time To Trim Your Bush

by: Heidi Schmidt Posted: / Updated: KANSAS CITY, Mo. - It's time for fall yard work. If you haven't started raking leaves, the clock is ticking to get them to the curb in Kansas City. Leaf and brush collection began this week in the central part of the city.

A Leawood resident who had no medical degree but promoted himself as a medical examiner has been convicted of six criminal charges related to autopsies he illegally performed. Following a three-day trial, a Wabaunsee County jury found Shawn Parcells, 42, guilty of three counts of felony theft and three misdemeanor counts of criminal desecration.

KANSAS CITY, Mo. - The New Roots for Refugees program was awarded over $500,000 in grant funding Friday. The program helps refugee families learn to grow produce and maintain small businesses. The U.S. Department of Agriculture's National Institute of Food and Agriculture (NIFA) is providing the funding, which will support farm training and market support.

Megan Thee Stallion poses in pink bikini in 'sexiest graduation pics': 'Showed my a** and still went to class'

Megan Thee Stallion is officially a college graduate! On Thursday, the 26-year-old rapper shared pics from her sexy graduation photoshoot wearing a hot pink thong bikini, matching stole and silver stilettos. Megan was surrounded by cars and open trunks. In one photo she held a diploma.

Pfizer said Friday that its easy-to-administer Covid-19 pill, used in combination with a widely used HIV drug, cut the risk of hospitalization or death by 89% in high-risk adults who've been exposed to the virus. It's now the second antiviral pill behind Merck's to demonstrate strong effectiveness for treating Covid at the first sign of illness.

subscribe to The NPR Politics Podcast podcast Former Secretary of State Colin Powell is being memorialized today at a funeral service at the Washington National Cathedral. Powell, a four-star general, and the first Black person to serve as secretary of state and chairman of the joint chiefs of staff, died Oct.

"the possibility of kim kardashian and pete davidson being together...we're really living in unprecedented times," read one tweet - which quickly went viral, receiving over 92,000 likes. "PETE AND KIM ???? WHAT???" wrote one fan, alongside the paparazzi photos of them on the ride. "Kim Kardashian and Pete Davidson?

Opponent scout: Packers have supporting cast to win at Arrowhead

In this In Week 9, the Green Bay Packers will visit Arrowhead Stadium to take on the Chiefs. Unfortunately, starting quarterback Aaron Rodgers will not be joining them - but they're one of the best teams in the league this season regardless.

KANSAS CITY, Mo. - In a commitment to the "work he had left to do off the field," Chiefs tight end Travis Kelce's investment in the youth of Kansas City is paying off.


Forecast According To Katie

Hide Transcript Show Transcript SOUTHEAST WINDS AT NINE MILES PER HOUR. YOU'LL NOTICE IN THE MIDDLE OF THE DAY. THE CLOUDS WLIL GET A LITTLE BIT THICKER 51 AT 157 AT 3, BUT THEN PARTLY CLOUDY SKIES TO A CLEAR SK Y FOR FRIDAY NHTIG 52 DEGREES FOR FRIDAY NIGHT FOOTBALL KICKOFF.