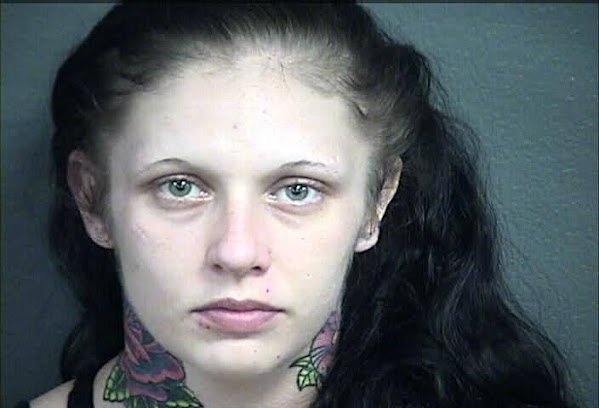 Sadly, we don't mind repeating and warning TKC readers that the holiday season typically spikes violent crime in the metro.

Right now we share a cavalcade of human misery and crime news from across the metro . . . With a few stories of hope toward the end of the collection . . .

KANSAS CITY, Kan. - A woman accused of killing 3-year-old Olivia Jansen pleaded guilty Wednesday in Wyandotte County court. Jacquelyn Kirkpatrick is the girlfriend of the girl's father Howard Jansen III. Kirkpatrick pleaded guilty to second-degree murder, abuse of a child under the age of six, and two counts of interference with law enforcement.

JACKSON COUNTY, MO (KCTV) -- An Independence man has been sentenced to 22 years in prison for fatally shooting his wife in July of last year. According to the Jackson County Prosecutor's Office, 43-year-old Ryan D. Smith pleaded guilty to second-degree murder in August. He was sentenced this Tuesday.

Police in Kansas City, Kansas, said Wednesday that preliminary autopsy results indicate that two of the three suspicious deaths discovered this week in a high-rise apartment building have been ruled homicides.Authorities said the third person died from natural causes.Police said officers were called Monday to the Wyandotte Towers Apartments in the 900 block of Washington Boulevard on a report of a suspicious death.

KANSAS CITY, Mo. - The Kansas City, Kansas, Police Department announced Wednesday the names and preliminary autopsy results for three residents who died in Wyandotte Towers earlier this week. Two of the deaths have been ruled as homicides, while the third was ruled as a natural death, according to a KCKPD news release.

LENEXA, KS (KCTV) -- The Lenexa Police Department says four minors have been arrested following an attempted burglary. They say that, a few nights ago around midnight, they responded to a call where a Lenexa resident found a burglar in her garage.

KANSAS CITY, Mo - A driver involved with a Wyandotte County deputy Saturday died at an area hospital Sunday. According to the Wyandotte County Sheriff's Office, the deputy was responding to a shooting call on Saturday when the two drivers collided at an intersection near Parallel Parkway and North 90th Street.


Company that dumped private records in public trash is fined

TOPEKA, Kan. - A national company will pay nearly $500,000 in fines for improperly disposing of documents that contained personal information of clients, the Kansas Attorney General's Office said. Attorney General Derek Schmidt sued SearchTec, which has a satellite office in Kansas, in 2017.


'Turn yourself in': Friends remember one of three victims found dead in KCK apartment building

KANSAS CITY, Kan. - Residents of Wyandotte Towers are remembering the three victims that Kansas City, Kansas police say were found dead at the apartment building within 36 hours. Friends describe the female victim as a 24-year-old mother.

KANSAS CITY, MO (KCTV) -- An off-duty KCPD officer has received an award for capturing the woman who went on a crime spree, primarily in KCK, last week. According to the KCPD, Sgt. Bobbie King has been with the Kansas City Police Department for 11 years.