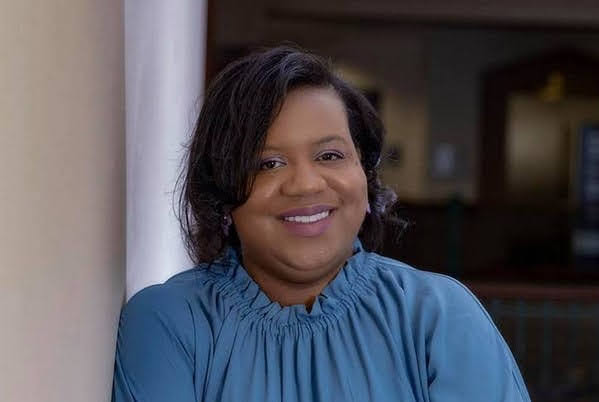 The real fight here is over allocations.

However, we appreciate the subtext and confirmation that the "DEFUND" propaganda is now falling out of favor.

Read this quote carefully, we've highlighted the most import part, as speculation of a Mayoral run for this council lady seems to be advancing . . .

KCPD is a state agency, funded by Kansas City but controlled by the Board of Police Commissioners which is  selected by the Missouri governor. The mayor of Kansas City does have a seat on the board but this sort of visit from a councilperson on these topics is not that common.

Robinson pushed back on the idea that her constituents want less police. They actually want increased protective policing experiences, she said, a goal lost while playing the blame game.

"We're in a dysfunctional relationship. But the hope, there is hope, and there is opportunities for us to grow together and to grow collaboratively," Robinson said of the relationship between the city council and KCPD.

A nuanced conclusion to her argument . . .

"We cannot continue to leave our rank-and-file bare. I know that you all are working on staffing issues. We recognize at the city level that we do have inadequate staffing and it's wreaking havoc on the department. I would ask that you please explore seriously tapering or suspending leadership promotions until the rank-and-file positions are filled," Robinson said.

After funding lawsuit, Kansas City and police board agree on need for more officers

KANSAS CITY, Mo. - Collaboration between the Kansas City Police Department and city hall is gaining momentum. A somewhat unexpected consequence of a budget lawsuit now compelling cooperation. The growing teamwork was on full display during Tuesday's Board of Police Commissioner's meeting.