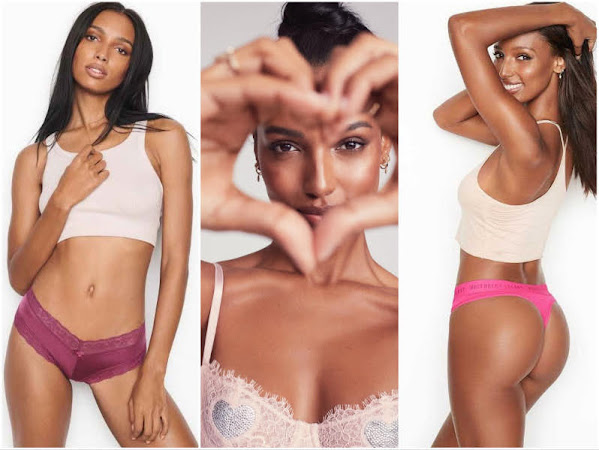 On this shopping holiday we share our admiration for hottie Jasmine along with a bevvy of pop culture, community news and top headlines.

Check the www.TonysKansasCity.com collection from BOTH SIDES of the discourse . . .

For decades now, Douglas firs from the Sweet Home area have been shipped off to the middle of the country for the Hallmark Mayor's Christmas Tree. But the tradition still brings a smile to peoples' faces and officials say it puts the small Linn County community on the map.

A photo from Refugee Day in July of this year The first family of Afghan refugees arrived in Kansas City September 17. Of the 1,200 families projected to make Missouri their new home, Kansas City resettlement agencies have offered to help up to 550 groups settle in the metro area, according to Mayor Lucas.

There's a scene in "Procession" in which Ed Gavagan watches a re-enactment of the moments leading up to the first time he was sexually abused. Ed stands in the corner of the set, made up to look like a bedroom.

With little fanfare, Kansas Governor Laura Kelly's administration forced out Dr. Lee Norman, who had been both the state public health officer and the head of the Kansas Department of Health and Environment, after months of clashes with Kelly's Chief of Staff Will Lawrence.

November 26, 2021 6:00 am For years now we've been subjected to an endless stream of nonsense from those who deny the inescapable reality that our planet is overheating due to human-caused pollution in the atmosphere.

Jinkies! Coffee and Hangout, a seventies-themed coffee shop that opened in Overland Park, has holiday latte flavors that are out of this world.

Jasmine Tookes amps up the glamour in a blue ballgown

Jasmine Tookes stunned the crowds on the red carpet in a gorgeous ballgown at the Baby2Baby 10 year Gala at the Pacific Design Centre on Saturday. The star, 31, stepped out in a beautiful sweetheart necked sleeveless gown that plunged sexily to reveal a hint of décolletage.

WASHINGTON - The United States will restrict travel for non-U.S. citizens from South Africa and seven other countries starting on Monday, part of a global effort to stem the spread of the heavily mutated omicron variant of Covid-19, according to senior Biden administration officials.

"You play golf, right?" Donald Trump rambled on as commanders tried to interrupt

In this daily series, Newsweek explores the steps that led to the January 6 Capitol Riot. "The foundations are ready for one of the best years we've ever had," Donald Trump said in a 45-minute video teleconference on Thanksgiving, November 26, speaking to service members around the world, hinting at a second term.

Vice President Kamala Harris is routinely being floated as the obvious choice for Democrats if President Biden chooses not to seek reelection in 2024, prompting fresh scrutiny of her performance in the White House, which has been punctuated by multiple gaffes, awkward moments and plummeting poll ratings.

Ahead of the Rittenhouse verdict, the president was in touch with Wisconsin Gov. Tony Evers to discuss safety measures in Kenosha. He called law enforcement groups in recent months to gauge their frustrations, according to a person with direct knowledge of the conversations.

U.S. stocks tumbled on Friday morning after South Africa sounded the alarm over a new, fast-spreading COVID-19 variant, triggering fresh fears that a resurgent coronavirus could scuttle the global economy's recovery from the pandemic. The Dow Jones Industrial Average fell more than 900 points, or nearly 2.5%, while the S&P 500 dropped 1.9%, on track for its worst day since September.

TAIPEI, Nov 26 (Reuters) - China's military carried out "combat readiness" patrols in the direction of the Taiwan Strait on Friday as a U.S. Congressional delegation made a surprise visit to Taipei, offering strong support to the Chinese-claimed, democratically governed island. The five members of the U.S.

Bitcoin fell sharply alongside other assets on Friday, hitting a six-week low and officially entering bear market territory. Bitcoin sank 7% in the last 24 hours to $54,561, according to Coin Metrics data, its lowest level since Oct. 8. The cryptocurrency is down 20% from an all-time high of nearly $69,000 which it hit earlier this month.

KANSAS CITY, Mo. - A young man is counting his blessings this Thanksgiving. He's also paying it forward after his community helped save his life. Doctors at St. Luke's Hospital called Andrew Blickhan the "Miracle Man" after a horrible crash last year in Kansas City, Missouri.

The best food and drink events in Kansas City this weekend: Nov. 26-28

Friday is the official start of the holiday season, and there are plenty of things to do this weekend to jumpstart the most wonderful time of the year. Holiday Open House at Louisburg Cider Mill "Join us on Saturday, November 27th, and Saturday, December 4th for our annual Holiday Open House.

The KCTV5 Morning Crew gets hung up on hugs

FAIRWAY, KS (KCTV) -- Coming out of a CBS News story on the emotional healing power of hugs during the pandemic, there was a bit of a delay moving on to weather.... KCTV5.com is now with you on the go!


Autumn Warm Up For Now

Hide Transcript Show Transcript MARYVILLE LEAVENWORTH OVER TO LAWRENCE, KANSAS WHERE WE HAVE STRONGER SOUTH WINDS THA WTILL SPREAD EASTWARD TO KANSAS CITY ON OUR 12 HOUR FORECAST COMBINE THAT WITLOH TS OF SUN. ON SOME SERIOUS CLOUDS IN THERE FOR TODAY.

French Montana ft. Lil Tjay - Bag Season is the song of the day and this is the OPEN THREAD for right now.