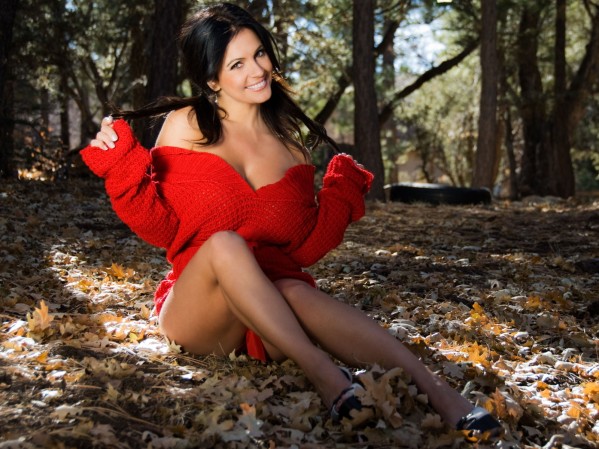 It's nice outside and we wanna get out there but for right now hottie Denise and her enduring social media legacy have inspires this peek at pop culture, community news and top headlines.

KANSAS CITY, Mo. - Legendary Kansas City Negro Leagues ambassador Buck O'Neil is up for consideration to join the National Baseball Hall of Fame. In a news release Friday, the Hall of Fame and Museum announced a 10-person ballot that will be considered as part of the Early Baseball Era and Golden Days Era Committees.

In 2014, a man in his fifties showed up at GraceMed Health Clinic in Wichita, asking about his options for buying health insurance. He hadn't bothered with coverage before. The expense proved daunting for someone running his own business. GraceMed employee Juven Nava recalls helping the man find coverage for a monthly premium of about $20 through Healthcare.gov .

OPINION AND COMMENTARY The removal of LGBTQ-themed books from libraries in the North Kansas City School District and Liberty Public Schools is an attack on intellectual freedom. And officials in both districts should know better than to cower to demands of a parent group before a review process plays out.

The bikini model at the centre of a drug-smuggling saga involving a British professor has spoken of her terror at being unwittingly dragged into the world of criminal gangs. Denise Milani learnt last week she had been the 'honeytrap' used to lure physicist Paul Frampton into carrying a suitcase of cocaine into Argentina.

Donald Trump Takes His Revenge On Alec Baldwin, Claims "Maybe He Loaded It" In 'Rust' Shooting

Baldwin has maintained the shooting was a "tragic accident" and claimed that he was told the gun used in the shooting was not loaded. Trump said that he thought Baldwin should not have pointed the gun at a crew member, loaded or not.

The FBI searched the home of James O'Keefe, the founder of conservative outfit Project Veritas, on Saturday as part of its investigation into the possible theft of a diary belonging to Ashley Biden, President Biden's daughter, The New York Times reported.

Biden says he has 'no idea' what payments to illegal immigrants will be, but backs compensation

President Biden on Saturday said that illegal immigrants who were separated during the Trump administration "deserve some kind of compensation," although he has "no idea" what the dollar amount would be - days after he called reports of $450,000 payments "garbage."

5 takeaways from Day 5 of COP26: Kids in the streets, carbon capture cost, caution on net-zero pledges

Young activists poured into Glasgow from all over the world to demand action from leaders.

The Memo: Democrats go to war over 'wokeness'

Internal Democratic tensions over cultural change, equity and "wokeness" are boiling over after the party's dismal showing in this week's elections. Progressives and centrists are in a pitched battle over how best to grapple with huge debates that have been roiling the nation in recent years.

Prince Albert said he was "furious" at his ex-partner for her comments about Princess Charlene. Nicole Coste, Albert's eldest son's mother, said Charlene once moved her son to the employee wing. Coste said the incident took place before Albert and Charlene's wedding and left her "shocked."

A Los Angeles high school is apologizing after facing criticism that its football team didn't simply defeat an opponent but rather trounced the opposing squad by a score of 106-0.

Britney Spears ' ex-manager, Lou Taylor, is hitting back at accusations that she spied on the pop star. In a court filing, Taylor denied that she bugged the singer's bedroom, controlled her medications, or snooped on her electronic communications. Spears has blamed Taylor and her mother for fomenting the stringent conservatorship established by her father-which led to the#FreeBritney movement.

For almost 10 years, Brandon Graham has been overseeing the flipping of burgers, tossing of wings and shucking of fresh oysters at Jefferson's in Lawrence, Kansas. Now, the former franchisee-turned-president of Jefferson's Franchise Systems, which has 30 locations across the country, has launched his first new concept in Kansas City: a sister brand that is strictly for the birds.

by: Makenzie Koch Posted: / Updated: KANSAS CITY, Mo. - Weeks after being inducted into the Missouri Sports Hall of Fame, former Kansas City Chiefs star Tamba Hali will start this Sunday's game off with a bang. The six-time Pro-Bowler will be this week's Drum Honoree on the GEHA Drum Deck as the Chiefs take on the Green Bay Packers.

In this week's Hok Talk, we discuss the Royals' apparent decision to return all willing coaches for the 2022 staff despite some pretty significant problems in 2021. The Royals announced earlier this week that long-time Royals first-base and outfield coach Rusty Kuntz would be taking a role in the front office.

Streets to tableside eats: Taco Tank gets off the ground, rolling into Crossroads food hall

Opened in September at Parlor, Taco Tank is already drawing the eye of hungry customers who hadn't previously been aware of its carnitas and fajitas bellas tacos and esquites (Mexican street corn) - or its status as one of Kansas City's leading food vendors among the brewery and festival scene.

Clear skies and light southerly winds will hold temperatures in the 40s through sunrise. By the afternoon, look for partly to mostly sunny skies with highs in the low to mid 60s. Warmer temperatures continue all weekend long as highs climb nearly 10 degrees above normal by Sunday.