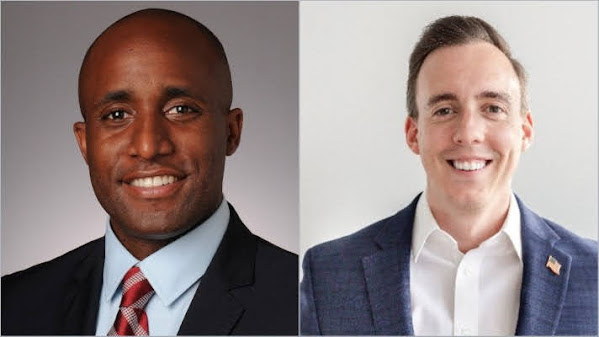 Of course we have our biases but today the Mayor earned more social media cred with this line . . . 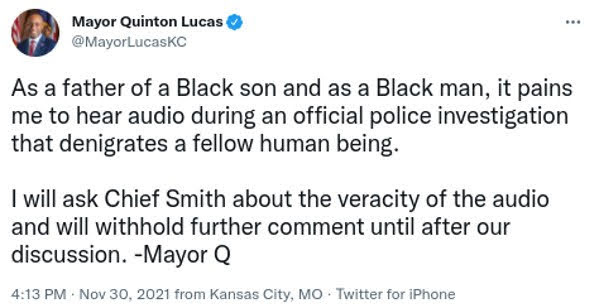 The tweet was nearly as popular as his missives about the Chiefs.

At first, we heard local news wasn't going to pick it up . . . But most of them did.

Social media reaction has been tepid despite a full court press from the newspaper, all their staffers retweeting and council allies taking up the drama.

And so, as always, we put it to our blog community in order to ponder . . .

IS THE REPORT ABOUT THE KCPD CHIEF CALLING CAMERON LAMB "A BAD GUY" A BIG DEAL?!?!

At the risk of being cynical, we note a truism: By that point Cameron Lamb was dead and so his feelings weren't hurt.

To be fair, follow-up about his family's reaction to the statement is important and deserves consideration.

KCPD reported that the deadly police shooting was justified because Mr. Lamb raised a gun toward an officer and a detective stated that he believed he was defending one of his colleagues . . . From that vantage, the "bad guy" moniker is actually kinda tame.

Again, in fairness and because context is important: That detective was found guilty of involuntary manslaughter and armed criminal action by a Jackson County judge.

But let's not pretend this story is about the facts . . . It's pure politics.

Pete Mundo shared a worthwhile quote retarding the merits of the journalism offered by the almost daily newspaper. . .

However, the theatrics of this story are so transparent that it's only interesting to people who are paid to push this kind of hype.

And again, as far as voters are concerned, this story likely didn't change anybody's mind.

There is more heat for Kansas City police Chief Rick Smith after he was caught on camera saying "bad guy's dead" at the scene of a police shooting that was later ruled unjustified.Two years ago, at the home where police Det.

KANSAS CITY, Mo. - The parents of Cameron Lamb said Tuesday evening, that KCPD Chief Rick Smith's remarks about her son minutes after he was shot and killed by a detective, "dehumanize" him. The audio was captured on a dash camera from a police cruiser parked at the scene on Dec.