Clay Chastain Hopes To 'Build Back Better' In Kansas City 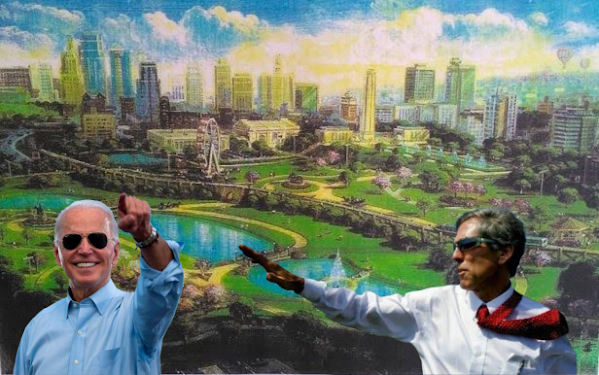 The most prolific petitioner in Kansas City history shares his insight into recent infrastructure funding . . . Check-it . . .

The only thing stopping voters from being able to approve this visionary plan, and secure a federal funding windfall from Washington, is City Hall. The Mayor and Council are in federal court trying to keep this plan (to revitalize, reinvent and reinvigorate Kansas City around a premier transit system) from being presented to voters. They don't like the idea of Clay Chastain leading this City out of the wilderness and not them. It is a fact Clay doesn't live in Kansas City on a permanent basis, but he still cares enough to have designed a real plan to fix our City. Our elected leaders live in Kansas City permanently, but have designed no plan to fix our City or bring into our City one billion dollars of federal funding assistance.

Cities that provide their residents and visitors a green, inexpensive and convenient way to move about the city are the ones that are going to grow and prosper in the coming decades. Call the Mayor and your Council representative and tell them you want Clay's petition initiative presented to the voters. And that will at least save Kansas City the embarrassment of having the United States District Court Court order them to do so.