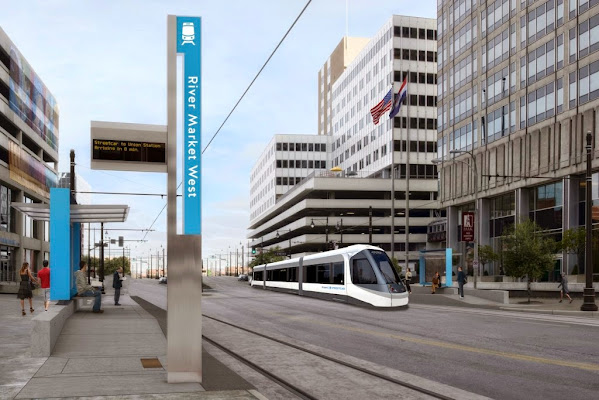 Rising violence across the metro and the nation now confronts this town's billion dollar development scheme.

Although the victim was reportedly shot near 19th and main street, they ran on to the street car to get away from possible shooter.

Police say after he ran onto the streetcar he yelled to a woman to call 911. The streetcar kept moving along its route before police stopped it to find the victim.

The Midtown corridor can be a lot rougher than downtown and until so many gentrification schemes take hold . . . Look for more violence confronting the toy train.

Shooting victim flees from shooter by running onto the KC Streetcar

A shooting victim escaped their attacker today in a rather untraditional method, the KC Streetcar . . .