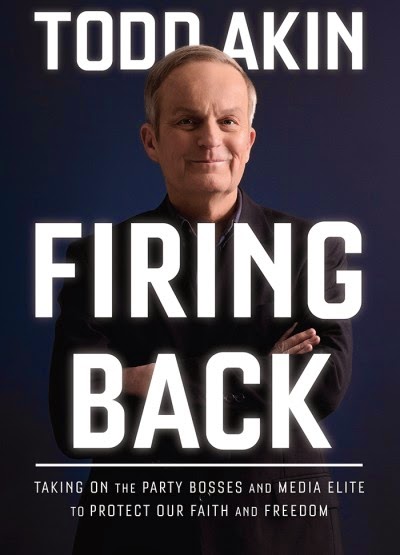 The postscript on what might be one of the most important political gaffes in all of Missouri history.

"Akin represented a Republican-leaning eastern Missouri district that included St. Louis-area suburbs for 12 years, giving up a safe seat to run for the U.S. Senate in 2012. He emerged from a crowded GOP primary to challenge then incumbent Democratic U.S. Sen. Claire McCaskill, only to seriously hurt Republicans’ chances of recapturing a Senate majority less than two weeks later.

"Akin, a strong abortion opponent, was asked during an interview by a St. Louis television station whether he supported allowing abortions for women who have been raped. He answered that “from what I understand from doctors” that such pregnancies are “really rare.”

"He added: “If it’s a legitimate rape, the female body has ways to try to shut that whole thing down.”

"His comments sparked an outcry. The Republican presidential candidate, Mitt Romney, immediately rebuked Akin and said his campaign would allow abortions in such cases.

"Criticism of Akin’s remarks clouded his U.S. Senate bid until the end, making him a symbol of how Republicans could fumble away races they had a good chance of winning with a candidate deemed too far to the right. Akin’s campaign initially said he “misspoke,” and Akin later said he was wrong."

Former U.S. Rep. Todd Akin, a conservative Missouri Republican whose comment that women's bodies have a way of avoiding pregnancies in cases of "legitimate rape" sunk his bid for the U.S. Senate and became a cautionary tale for other GOP candidates, died late Sunday. He was 74.