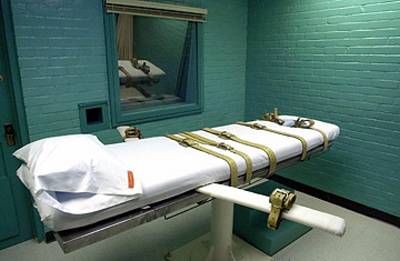 This week execution took center stage and the debate was lively.

Accordingly, here's a bit of ALTERNATIVE insight that we thought merited further discussion.

First, there needs to be a national discussion about what is and what isn't state violence.

Second, there is a straw man here, the victims and survivors did get their day in court and support services for survivors of violence were available. Show reference where the survivors received no support by the public, city or state.

Third, sub-authoritarians are in no position to treat opponents of the death penalty as if they are a 5 year old like the Ernest Johnson, neither do politicians or prosecutors have the right to talk to the general public as if they are children. It clear local media has a bias against working class individuals who get caught up with law enforcement.

Fourth, Governor Parson shows a lack  of leadership skills by executing as many people as possible.

Fifth, law enforcement, corrections and prosecutors make terrible public servants in higher office. Great for the corporate bosses in the ag and chemical industry in Kansas City.  Lets face it, Kansas City is a rich city and the majority of TKC readers are working class stiffs,  96 percent of the US Population make less than 260k a year. Nobody here is in the tax bracket of the Koch's, Hunts or the hundreds of "old rich that spend a few weeks in Kansas City every year.  Yes, working class "Joes" taking up for the boss's been around as long as the wage system and they even existed in the Feudal Ages. Helping the boss makes money by definition of what P.T. Barnum would call "a sucker". "Never Feel Sorry For A Man Who Owns A Bank" -J D Rockefeller