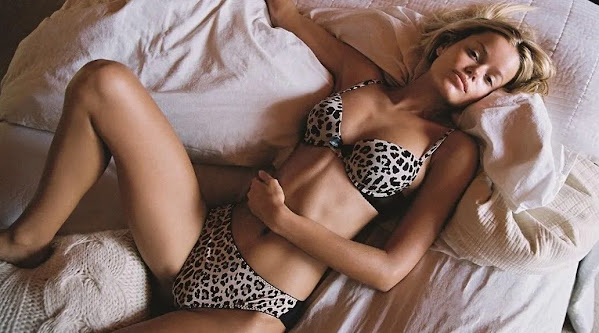 Inside KC's Creepiest Haunts: The Other Side of the Scare

What are you afraid of? A bump in the night? Blood and guts? The hollow stare of a horrible creature? Amber Arnett-Bequeaith is a little creepy herself. Also known as The Queen of Haunts around Kansas City's West Bottoms haunted house scene, Arnett-Bequeaith would absolutely agree.

JOHNSON COUNTY, Kan. - The upcoming general election is on Tuesday, Nov. 2. Along with the mayoral and city council races, the school board seats up for grabs are getting more attention than years past. School board candidates are typically voted to serve a four-year term.

'There will be consequences': Schools across the metro face threats on social media

INDEPENDENCE, Mo. - A metro student is arrested for threatening to take aim at her school. In the last month, at least eight schools across the KC Metro have received threats. One of the latest was at Pioneer Ridge Middle School in Independence.

Garmin - a technology company originally founded in Lenexa, Kansas, in 1989 but currently headquartered in Olathe, Kansas - recently bought 193 acres of land to expand on. This purchase places the expansion in close proximity to headquarters, just on the other side of the highway.

KANSAS CITY, Mo. - Della Lamb Community Services, a nonprofit in Kansas City, Missouri, said it takes a village to resettle and acclimate refugee families. The nonprofit said it plans to help approximately 450 Afghan evacuees and refugees from other countries coming to the Kansas City area throughout the federal fiscal year, which began on Oct.

When Andy Bond and longtime friend, Matt Krentz, heard that many domestic violence victims didn't leave their abusers because they couldn't take their pets, they wanted to find a solution. "We knew we had the ability to problem solve, we knew we had the ability to create the software with a technical team, but what we didn't know is the breadth of the crisis," Bond said.


Angel Hottie Has Many Talents

Many of her followers used the comments section space to remark on Aasen's incredible body and to engage with her message. Many others simply used the occasion to express their overall admiration for the model. "Love the shirt," one of her fans noted. "You should be happy no matter if that's all you have," replied another fan.

WASHINGTON (AP) - When Republican Rep. Bill Posey of Florida ended an Oct. 21 House floor speech with a fist pump and the phrase "Let's go, Brandon!" it may have seemed cryptic and weird to many who were listening.

A post-Trump test for Democrats looms in Virginia election

RICHMOND, Va. (AP) - For four years, nothing rallied Democrats like the push to get Donald Trump out of office. Now, they're not sure what to do without him. Democrats in Virginia are scrambling to stave off disaster in the state's governor's race - the most competitive major election since Trump left the White House.

Fox News is not officially commenting on the record, but it seems the right-wing talk network is quietly trying to distance itself from Tucker Carlson's 1/6 trutherism.

The National Archives indicated that many files were drawn from the systems of key Trump aides including former Chief of Staff Mark Meadows, adviser Stephen Miller and deputy counsel Patrick Philbin.

The Latest on the Group of 20 summit taking place in Rome: Leaders have expressed "broad support" for a landmark deal to establish a 15% global minimum corporate tax that aims at deterring multinational countries from using clever accounting to elude taxes by using low-rate havens.

The Taliban say the United States's failure to recognize their government in Afghanistan could lead to problems "for the world." Taliban spokesman Zabihullah Mujahid told reporters Saturday that the Afghan people have a right to have their government recognized by the U.S, Reuters reported.

Vice President Kamala Harris rolled up her sleeve for a third COVID-19 shot Saturday. Harris took a seat on the faux White House set that has earned mockery this month to receive her booster jab from a member of the White House Medical Unit.

She had a kitchen, connections, and a desire to end child hunger. For Gina Reardon, it was the perfect recipe for good. The fire was lit and Kansas City's first bake sale benefiting No Kid Hungry was underway.

No pumpkin shortage this year, but climate change could squash Halloweens harvests to come

The great pumpkin shortage of 2021 is turning out to be as real as Linus' Great Pumpkin. Neither ever showed. Instead, despite some national about a pumpkin shortage this year, Midwestern farmers say there's nothing to worry about.

Chewology is now open in Kansas City, serving gyoza and bao with a new concept incoming

The inspiration for the new restaurant's décor was based on Liu-Sung's childhood in California in the 1980s, featuring green walls and neon pink accents. Even the soundtrack played in the dining room at Chewology sits comfortably in that decade. The former dessert station has been repurposed as a dumpling assembly line, which takes a combination of machines and manpower to operate.

Chiefs OC Eric Bieniemy on loss to Titans: 'They kicked our ass'

Going into Sunday's game against the Tennessee Titans, Kansas City Chiefs quarterback Patrick Mahomes had started 52 games during his NFL career, scoring fewer than 21 points just four times. The team had scored fewer than 10 points just once: in their 31-9 loss to the Tampa Bay Buccaneers in Super Bowl LV.

A Clear Halloween Weekend Ahead

A clear Halloween weekend is officially underway in Kansas City. There is a frost advisory for KC and St. Joseph. A Freeze is possible father north and west of there. Today will feature sunshine with the high in the lower 60s . It will be dry for Halloween, but cool for the actual trick-or-treating.

Ed Sheeran - Overpass Graffiti is the song of the day and this is the OPEN THREAD for right now.