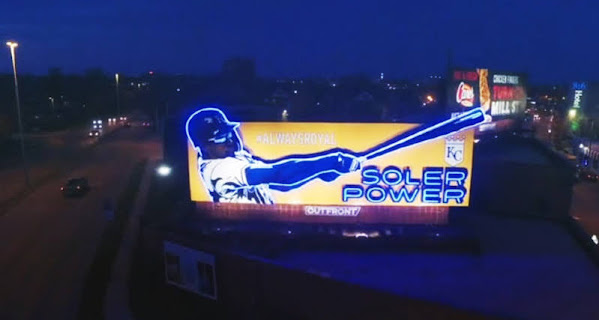 The conclusion of the season was less than stunning and the "highlight" for this year seems to be the multi-billion dollar ball club asking broke-ass taxpayers for corporate welfare.

And so you'll forgive us for a less enthusiastic blog post on tonight's anticlimax . . .

KANSAS CITY, MO (KCTV) --- Kansas City Royals catcher Salvador Perez was unable to set a new franchise record for home runs. However, he did win two individual titles: He finished tied for the league lead with 48 home runs and drove home 121 runs, which led the league.

Salvador Perez went hitless in four at-bats, drawing a walk and ending the game on the on-deck circle, leaving him tied for the single-season club home run record at 48 as the Royals ended their 2021 season with a 7-3 loss to the Twins. The Royals finish the season at 74-88, their best season since 2017.