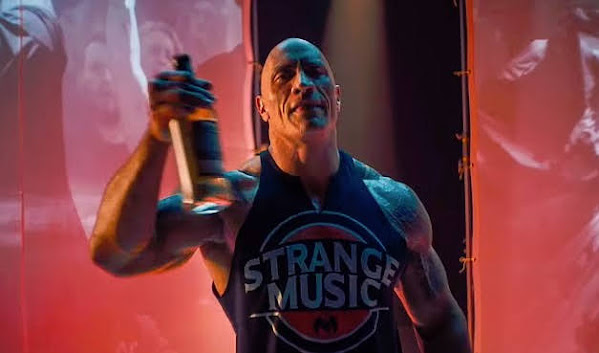 TKC contends that the The Rock was surprisingly good in his first rap performance and most of the reviews offered glowing praise for the lyrical skill of the pro-wrestler turned Hollywood superstar.

This blog remains an alternative conversation and we thought we'd pass the topic over to our acerbic blog community so that locals might learn what this collection of curmudgeons has to say about the hip-hop debut.

Dwayne 'The Rock' Johnson on His Historic Rap Debut (EXCLUSIVE)

Dwayne " The Rock " Johnson has conquered the box office, the wrestling ring, TV ratings and tequila sales - now, is he about to dominate the charts? In a history-making career move, Johnson is making his rap debut, featured on Tech N9ne's new single, "Face Off."

Dwayne "The Rock" Johnson became famous as a wrestler and an actor. Now he's also adding rapper to his résumé. The 49-year-old actor made what he calls his "historic rap debut" with a feature in Tech N9ne's song "Face Off," released Friday.


Is that The Rock rapping on Tech N9ne's new album? Yes it is.

Is there nothing Dwayne Johnson can't do? The wrestler-turned-action star can now add rapper to his extensive-and apparently never-ending-list of credits. It seems The Rock himself jumped on the mic on Tech N9ne's track, "Face Off," from the KC rapper's new album ASIN9NE.


Dwayne "The Rock" Johnson Just Made His Rap Debut, And Dionne Warwick's Joke About It Is Sending Me