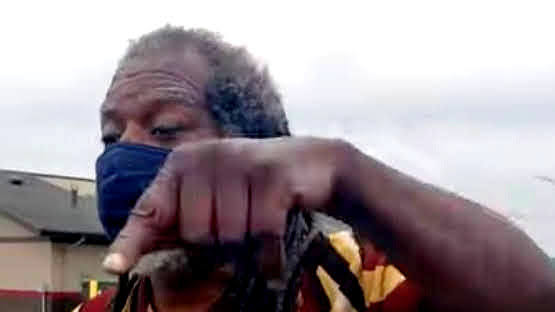 TKC loves local small biz and we recently learned of an an upstart effort with a great deal of ambition along with access to local labor.

He is working to create a company called Qadhafi’s Independent Contractors, which will employ people experiencing homelessness to work odd jobs like cleaning litter from the highway. Monday, union members cleaned up an old homeless camp along Interstate 670 in downtown Kansas City, Missouri, through the Missouri Department of Transportation’s adopt a highway program. Qadhafi is hopeful the volunteer work will lead to an agreement where the department contracts and pays the union to do more work.“We’re helping clean up the city, rather than tear it down” Qadhafi pointed out. “Contrary to what people may say about us, the opposite is true. We’re doing what we need to be doing. We are humans, we want our corner back, our dignity and our respect.”

Activist Qadhafi might find out that homeless people with substance abuse, psychological and emotional problems don't make the best employees. In fact, if they could hold a job or earn some kind of income, they might not be homeless at all.

And so we wish this effort good luck . . . However, relying on the homeless for labor might not be as "progressive" as many activists contend.

KANSAS CITY, Mo. - The leader of the Kansas City Homeless Union says his group will no longer participate in the city's Houseless Taskforce, which meets Tuesday afternoon. Qadhafi, otherwise known as James Shelby, criticized the task force as being all talk and not enough action.